94-year-old frees herself after being abducted, put in trunk 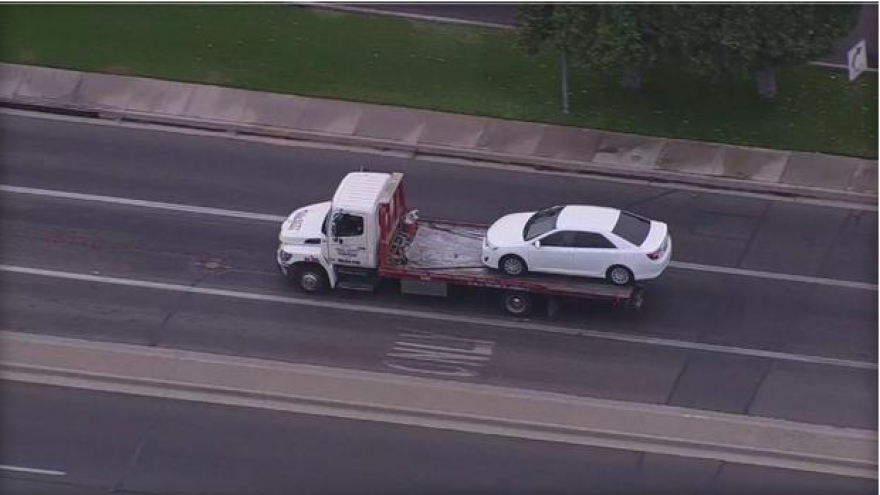 SCOTTSDALE, Ariz. — A 94-year-old woman was able to free herself from the trunk of her car after a man abducted her and drove her to the parking lot of a Scottsdale shopping mall.

Police spokesman Sgt. Ben Hoster says a man in his 30s forced his way into the woman's home in Scottsdale early Tuesday morning, bound her, put her in the trunk of her car and drove away.

The woman spent about seven hours in her trunk outside Scottsdale Fashion Square before she was able to free herself.

The woman was brought to a hospital to be evaluated.

The woman's neighbor, Connie Conradi, told CBS affiliate KPHO, that she remains concerned for the victim, because she has no local family.

"I'm worried right now because she's all alone. Her daughters are wonderful but one lives in Harrisburg, Pennsylvania and I think one's in Connecticut," said Connie Conradi, who has lived next to the victim for 25 years.

The suspect is described as a "clean cut" white male in his mid-30s. No arrests have been made in the case.

Hoster declined to comment on whether the woman was injured and whether any items were stolen during the abduction.