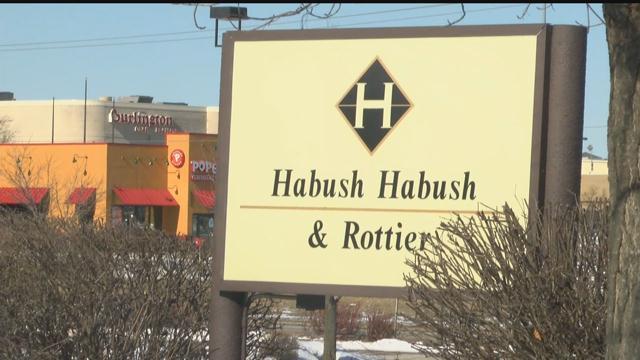 A Racine man who told authorities a 91-year-old him hit with a vehicle is now in trouble with the law. Mt. Pleasant investigators say the story was made-up, according to a criminal complaint filed Wednesday.

Demetrius Cannon, 35, is charged with disorderly conduct, crime against an elderly or disable person and obstructing an officer.

The investigation started on December 8, 2015 when Mt. Pleasant police responded to a call about a man claiming he was hit by a vehicle, according to a criminal complaint.

It happened in the parking lot for Associated Bank at their Durand Avenue location. When authorities arrived Cannon complained his leg was injured.

Cannon was quoted as saying he "Jimmied out of the way like Barry Sanders" but he still got hit.

Witnesses disagreed and told police they saw Cannon slowly follow the vehicle backing up before he laid down and acted like he was injured.

Investigators noted Cannon and his girlfriend has just left the nearby law offices of Habush, Habush, and Rottier, according to the criminal complaint.

The key evidence is surveillance video captured by Associated Bank during the situation. Neither the bank nor authorities will publicly release that video until the case is over but they they say it shows a contradicting story from what cannon originally told them.

Cannon is due back in court later this month.