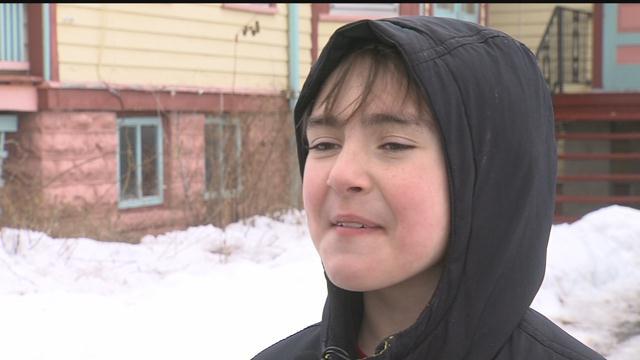 But because he wasn't able to go to sleep after opening presents Christmas eve, his family is safe and their home protected from any major damage.

"I tried to fall asleep on the couch," he admitted." But I couldn't and that ended up being a good thing."

The minute he saw the house filling up with smoke he ran and woke up his dad.

"It was like a haze all over the house, recalled Zeven's father Kevin. "Like when somebody burns toast."

There weren't any flames, but the smoke was thickest in the basement.

"Went up told them to get out grab the phone and called 911!"

Fond du Lac Fire and Rescue says it was a smoldering piece of timber in the basement.

Things could have been far worse, if Zeven was not up.

Turns out the family didn't have working smoke detectors, according to Captain Joe Marmonte.

"The smoke is what really gets people. We could have had a Christmas a tragedy."