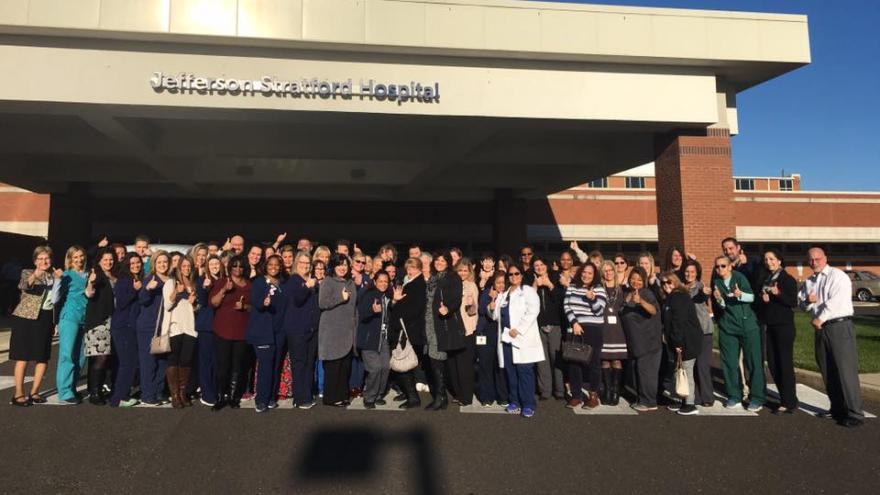 It was a lucky break for a man who fell and broke his hip while walking to buy a Mega Millions ticket: his injury landed him in a hospital where he won the staff's lottery pool.

He told the staff at Jefferson Stratford Hospital in New Jersey "he was on his way to buy a lottery ticket and he was disappointed that he didn't get it," the man's niece, Bobbie Mickle, said, WCAU-TV reports. "So they said, 'Why don't you go in with us? We're also buying a lottery ticket.'"

The pool that 87-year-old Earl Livingston joined included 141 other people – and it included a $1 million winning ticket.

"I didn't believe him when I got here," said Mickle. "I thought he was confused, maybe from pain meds. And then the staff came into the room and they were saying congratulations. And I was like, 'Wow, he really did win.'"

Livingston needs a hip replacement. But he had a message of thanks: "I want to thank everybody," Livingston said. "I appreciate very much and God bless you and have a happy, happy long life!"