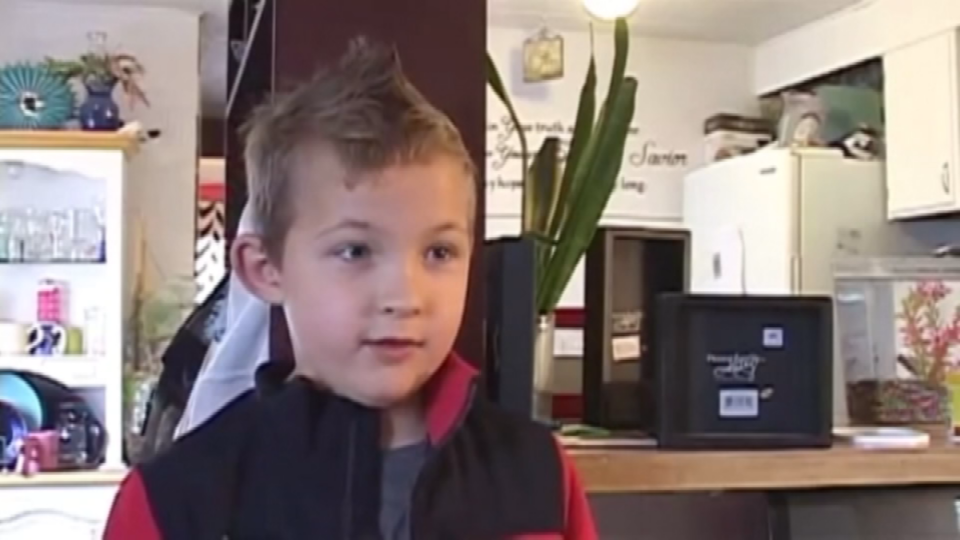 KLAMATH FALLS, OR (KPTV) -A Oregon 8-year-old boy is recovering after he accidentally ate a marijuana cookie he found on the ground last Saturday.

The family of 8-year-old Jackson Hart said to KPTV he found the packaged cookie on the ground while hiking with his mother's boyfriend.

Jackson said he thought it was just a regular cookie.

“I’d seen a wrapper that said cookie,” he said. “I grabbed it and it was heavy so I looked inside and it was a cookie and I ate it, and it was not a good cookie.”

That was when Jessica looked at the cookie packaging and realized it was a marijuana edible sold for medical marijuana patients. She said the cookie contained two doses of marijuana for an adult, more than enough to hospitalize an 8-year-old.

Jackson was rushed to the hospital, where doctors monitored him for five hours as the substance worked its way through his system.

The good news is he is now feeling better and back to his old self. Jackson said he now has valuable advice for others.

“Never eat a cookie that you find on the ground.”

Jessica Hart also would like to remind parents to keep all medicines out of the reach of their children.