$8,000 for a Mistake Fire Call? Village of Pewaukee Changes Policy 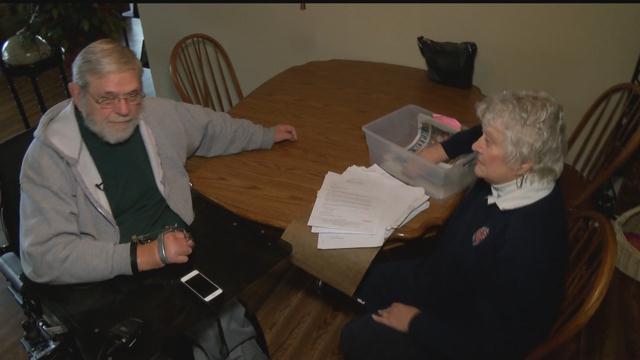 After months of arguing the Village of Pewaukee has dramatically lowered the amount of money charged for false fire alarms. The fee now starts at $350 compared that to last year when the same mistake would cost you $8,000.

The debate, however, is not over. Some village residents are asking for their money back from past fees paid and have reached out to the Wisconsin Tax Appeals Commission.

This is what the issue is centered on: a false fire alarm. That's basically when an automated system (like one for sprinklers or for detecting carbon monoxide) malfunctions. The fire department will comes out and the first time you will get you a warning.

Any time after that you would be charged a fee.

At the Pewaukee Shores Condominiums a handwritten note now hangs from the mailbox. It outlines the changes to the false fire alarm rules by showing how the old $8,323 fee getting replaced by a sliding scale starting at $350.

The announcement is proudly signed by Carole Stamm who owns a condo in the building.

"To make a long story short, after four false alarms and thousands of dollars trying to fix it we ended up having to pay 19,900-and-some-odd-dollars in fines or fees. whatever you want to call it," Stamm said.

"And then they gave you thirty days to pay. And then we found out an 88-year-old lady had been, from the year before, she had her CO2 alarm go off twice in a year and she got charged almost $7,000," Stamm said.

"And she only made between $15-18,000 in Social Security so that would just about wipe her out. and they don't care," Stamm said.

This week the village board voted 4-2 to change the fees which were based on how much a fire response would cost contracted through the city of Pewaukee.

"What the end result is that all other citizens in this community are going to be paying for their lack of maintenance. And I don't think that's fair to the citizens of the village," Nauth said.

Hatcher said he disagrees with the all-or-nothing approach.

"We knew it was a problem. We were working on it. And right in the middle of that we have to shell out $20,000 that we could have used to correct the situation," Hatcher said.

"It's like kicking you when you're down," Stamm said.

"I guess our position is if in fact the change of the ordinance by the village is a recognition that the false fire alarm charges are ridiculously high or did not reflect the actual services provided - if that's true today, it must have been true yesterday as well," Hatcher said.

Compare these fee to the nearby village of Hartland - over there they allow three free false or mistaken fire alarms a year. Each additional one is $75.