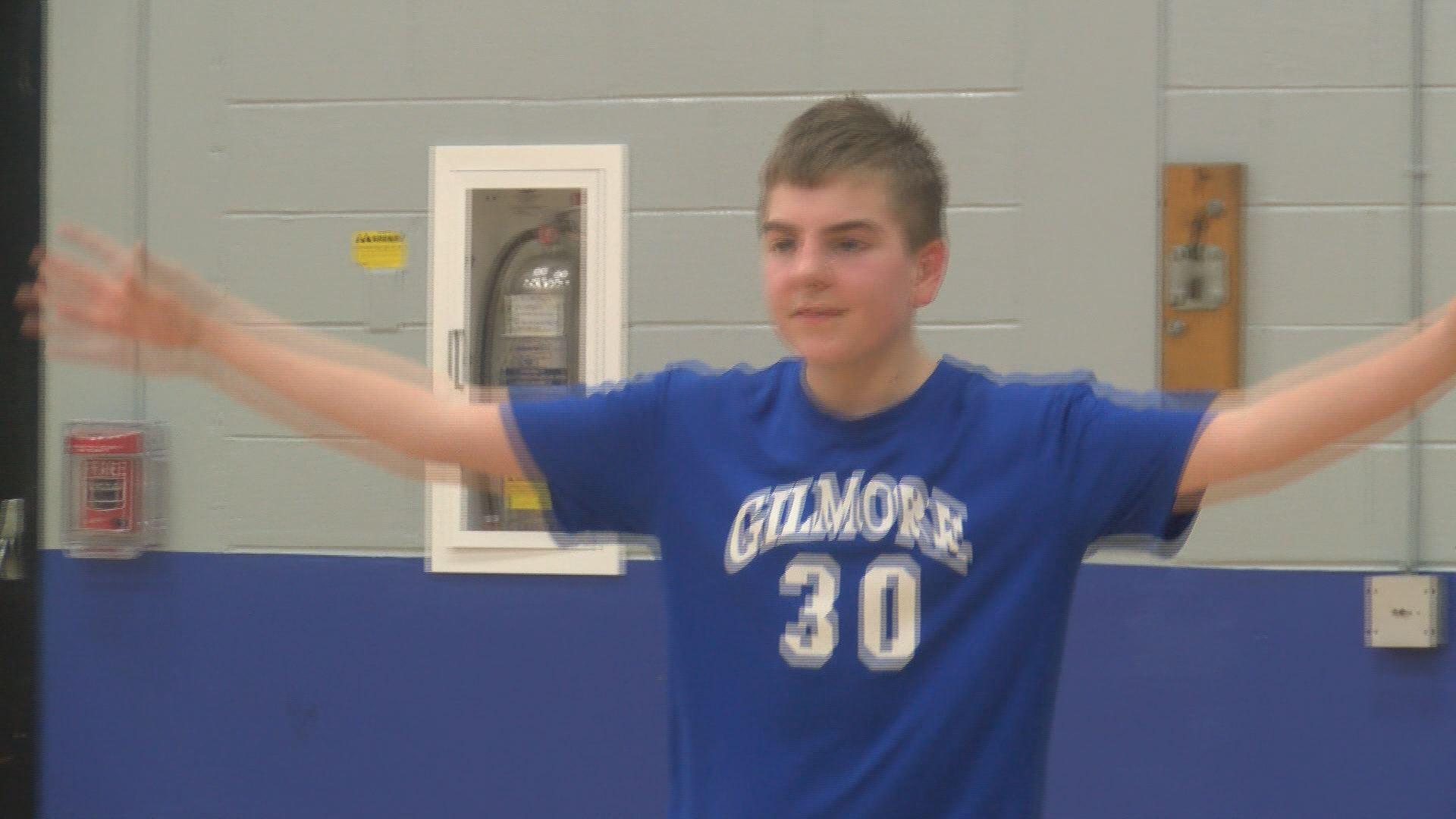 Max Mitchell plays for the 7th grade Gilmore Middle School Boy's team and last Thursday was the team's first game of the season.

At the end of the game, Coach Allen Smith put Max in the game.

\"A lot of the time, he can't get in the game because it's too intense,\" Smith said.

This time, however, the Gilmore Griffins were up big and so the game plan became get the ball to Max.

With time ticking down, Max got a deep shot off and it went in.

\"Then the buzzer went off,\" Max added.

The building erupted and Max was mobbed by his teammates and coach.

Smith said he cried because he knew how much it meant to Max.

He said putting Max in at the end of the game was the best coaching decision he's ever made.

CBS asked Max if he was nervous about his last second shot and he said no, because he's practiced it a \"million times\".