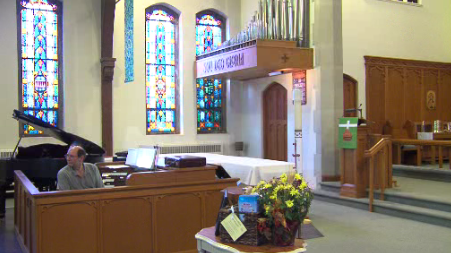 At today's event, the mayor shared that the city has made dramatic improvements in reducing the teen pregnancy rate in the last decade in the city of Milwaukee. He also stated that the infant mortality rate has been reduced by 17%.

Mayor Tom Barrett mentioned that a way to reduce infant mortality is to partner with the faith community. This year they've had 24 churches involved compared to 10 churches last year. The mayor believes that by creating a safe baby sanctuary, expectant mothers or new mothers can receive the help they need.