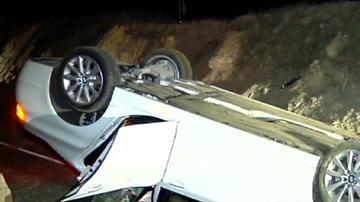 Its epicenter was in Orange County, one mile east of La Habra and four miles north of Fullerton, the U.S. Geological Survey said.

\"Tonight's earthquake is the second in two weeks, and reminds us to be prepared,\" Los Angeles Mayor Eric Garcetti said.

Hours before, a 3.6-magnitude tremor struck the same area, according to the USGS.

The quakes come on the heels of a 4.4-magnitude tremor that hit near downtown Los Angeles a week ago. It shook nearby buildings, but did not cause significant damage.

Southern California has experienced relatively minor tremors since 1994, when a 6.7-magnitude quake killed dozens and caused $42 billion in damage. It now stands as the second-costliest disaster in U.S. history, after Hurricane Katrina.

Damage often depends on construction codes and types of rock that exist underground, he said.