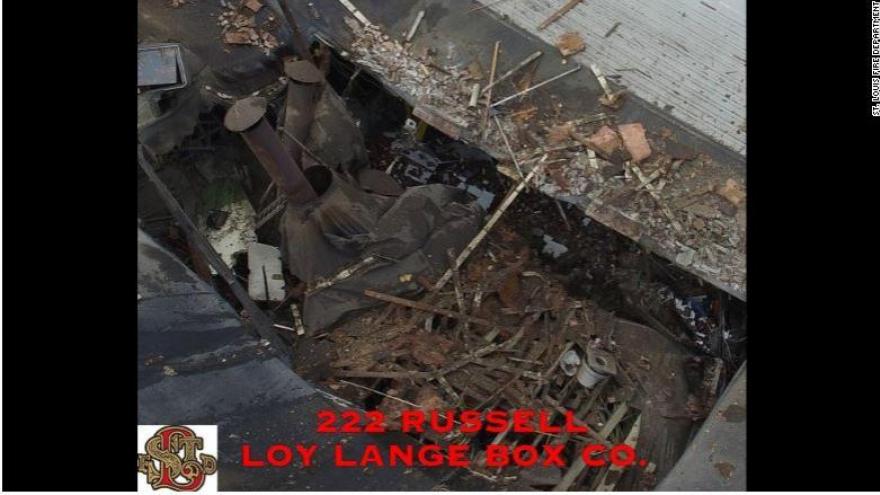 (CNN) A fourth person has died as a result of this week's boiler explosion at a factory in St. Louis, a medical examiner said Thursday.

The 7:30 a.m. blast initially killed one person, and sent a piece of debris about the size of a large cargo van through the factory roof. It traveled about 500 feet and killed two people where it landed, officials said.

The fourth person to die succumbed to complications from his injuries at St. Louis University Hospital, said Rose Psara, chief investigator with the St. Louis City Office of the Medical Examiner.

The two who were killed by the large debris piece were on their first day of work at Faultless Healthcare Linen Company, a medical laundry business, said Capt. Garon Mosby with the St. Louis Fire Department.

A third building was damaged when a pipe penetrated its roof, but no injuries were reported there, fire officials said.

The Loy-Lange boiler was used to provide steam for the entire factory, St. Louis Fire Chief Dennis Jenkerson told CNN affiliate KMOV. It was unclear whether it recently had undergone maintenance, he said.

It's also unclear what caused the explosion and whether someone was working on the boiler at the time of the incident, Jenkerson said, adding that foul play is not suspected.