She is charged with first-degree homicide and child neglect of her own daughter, 2-year-old Zayanna.

Simmons was emotional, cried and sobbed as the allegations were read to her.

She is ordered to wear a GPS monitoring device, and has a no-contact order with her other children, unless supervised by Wisconsin Department of Children and Families.

Sunday afternoon Milwaukee Police responded to a child neglect and sudden death investigation case near 74th and Carmen around 1:40 p.m.

Police have arrested 41-year-old Lisa Simmons and charged her with first-degree reckless homicide and neglecting a child.

According to the criminal complaint, Simmons called police after her 2-year-old daughter Zayanna was not breathing, had stiff legs and appeared blue in color. When paramedics arrived they declared the baby dead.

Simmons told police that all the kids went to sleep the night before at 3 a.m. and then she woke up to feed her infant twins at 7 a.m. and gave Zayanna a bottle of Pedialyte and then they all went back to sleep. Simmons said she woke back up at 1:30 p.m. to get something to drink and when she checked on Zayanna she was unresponsive and her skin looked purple.

Simmons told police that Zayanna was recently diagnosed with hand, foot and mouth disease and had been running a fever of 100° to 101° the past three days.

The mother also said that Zayanna had a burn on her butt which happened after Simmons used a diaper placed near a "bug bomb." Simmons said that she thought the chemicals got inside the diaper and caused Zayanna's skin to peel off. The defendant was afraid to take Zayanna to the hospital because she had an open case with Milwaukee Child Protective Services. Zayanna had only recently been returned to Simmons in May, 2018.

Detectives investigating the house saw that Zayanna had severe burns to areas not touching the diaper area. Consequently, Simmons was arrested since Zayanna's injuries did not match up to her account.

After her arrest, Simmons spoke to police and still told them the burns were caused by the bug bombs. But after being shown photos of burns on Zayanna's thighs and back said that she was burned in the bathtub on Thursday, September 20. Simmons said she dipped Zayanna into the water to wet her hair but went in back first and immediately screamed. After checking how hot the water was Simmons took Zayanna out of the tub.

Detectives performed a hot water test of the bathtub which showed that the water temp reached 122° in 40 seconds and five inches of water heated to 117° in a little under nine minutes.

After her account was questioned again, Simmons changed her story and said that she filled the bathtub up to Zayanna's chest and put her in butt first. Zayanna was kicking and screaming and Simmons held her in the water for a minute before feeling how hot the water was. Simmons said she tried to treat the burns at home but noticed it was blistering and peeling off. She said that Zayanna was not eating and could not hold any food down, had a high fever and diarrhea. Simmons did not go to the hospital because she didn't want Child Protective Services to take her kids.

The Medical Examiner said Zayanna died as a result of complications from thermal burns. Since the 2-year-old was fully mobile and there were no burns to the hands and feet, detectives determined that Simmons held her there for a few minutes. 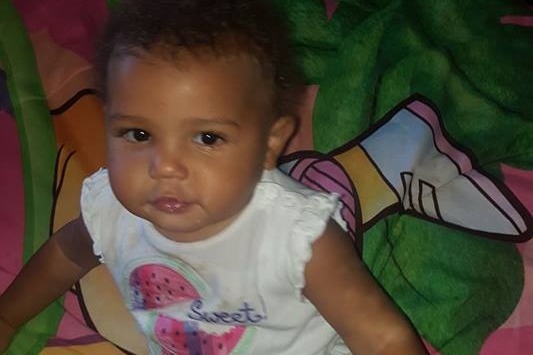