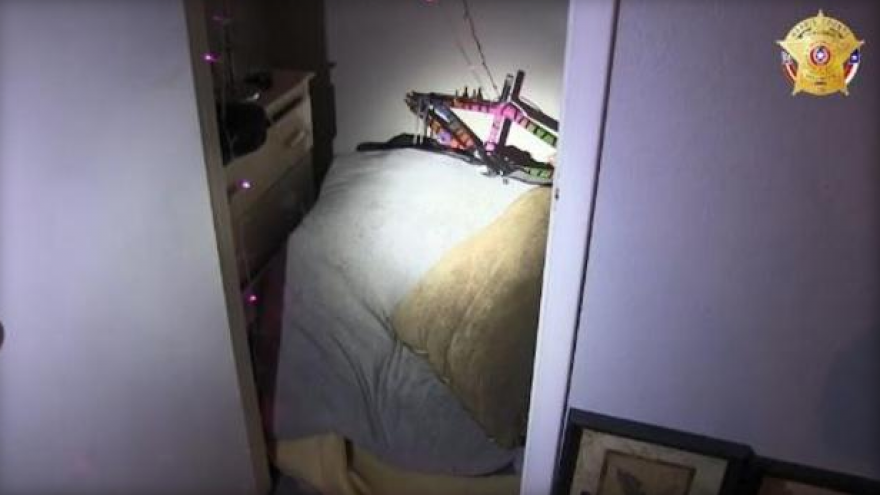 A 4-year-old boy who was held captive in a rat- and roach-infested home in Texas has been rescued by police, CBS San Francisco reports. Authorities say the child was found living in a closet of the Houston-area home, which was raided by police after they received a tip about drugs being manufactured and sold on the premises.

"This is a 4-year-old child who has seen things an adult should not have seen," attorney Rachel Leal-Hudson told The Dallas Morning News.

According to the officers who raided the home in mid-December, large amounts of meth and marijuana were found around the house. The "horrible" smelling residence was reportedly filled with rat feces as well as drug and sex paraphernalia, which was located only a few feet away from the closet where the boy was locked inside.

Jeff McShan of the Harris County constable's office said in a Facebook video that the boy's mother, who was not home during the raid, was later arrested and charged with child endangerment.

Doctors say the 4-year-old was exposed to meth. He is now in the care of Child Protective Services. The boy's father is attempting to gain custody of his son. The investigation is ongoing.