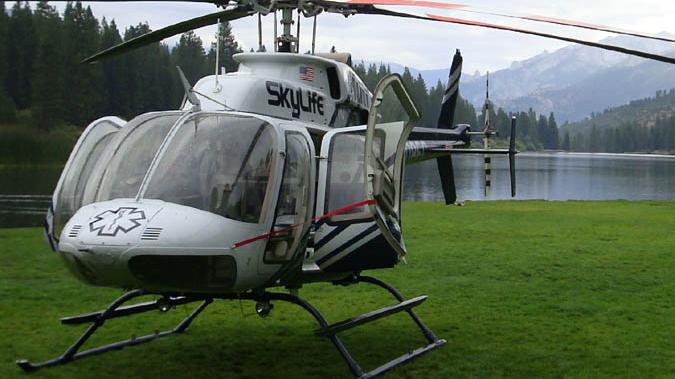 It was transferring a patient in critical condition from Porterville Airport to the San Joaquin Community Hospital in Bakersfield, some 50 miles to the south.

Minutes after takeoff, the Fresno County Communications Center attempted to contact the chopper as part of a routine safety check. But it was unable reach the aircraft, Lynch said.

The communications center contacted control towers in Porterville and Bakersfield and established that the helicopter had not communicated with them either.

Rescuers from Kern County's fire department and sheriff's office deployed to the location of the helicopter's last known GPS signal and found a debris field near the town of McFarland.

The dead included the patient, a pilot, a flight nurse and a flight paramedic. There were no survivors.