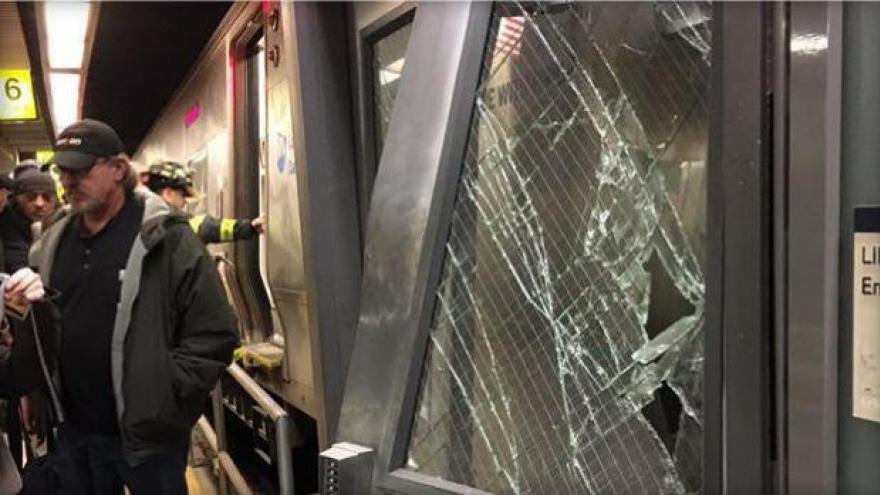 New York’s fire department said 37 people were injured and that none of the injuries were life-threatening.

The fire department said the train derailed around 8:20 a.m. during the busy morning rush.

“I was getting up from my seat, and there was a loud impact, and I flew forward and then flew backward,” a passenger named Amanda told CBS New York station WCBS-TV. “It was total chaos. There was smoke on the train, and we were sitting there in shock.”

The underground terminal is located near the Barclays Center, which is home to the NBA’s Brooklyn Nets and the NHL’s New York Islanders.