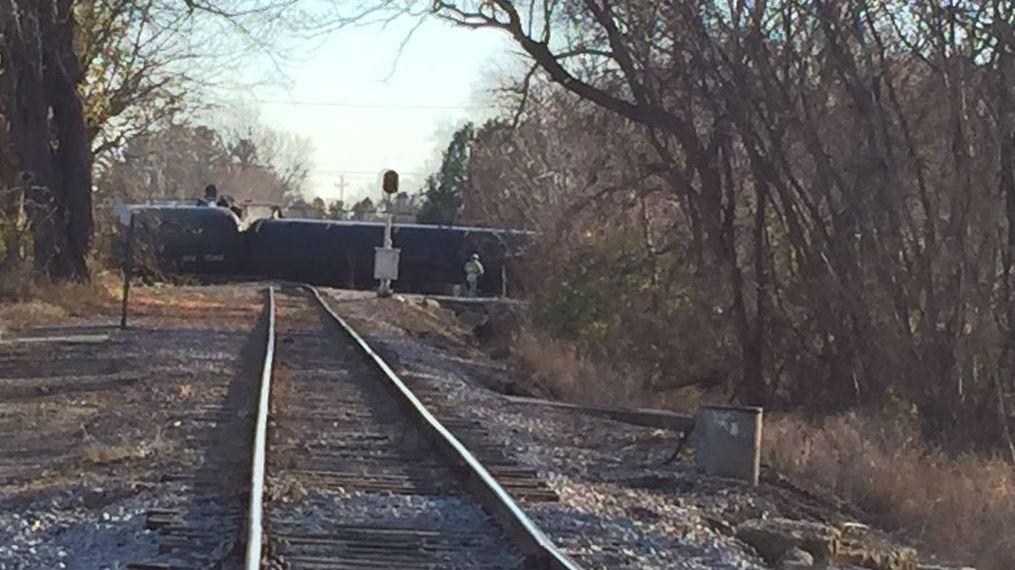 The railroad reported no fires or injuries with the derailment of 13 cars.

Approximately 35 residences in the areas of Lafayette Street, Montgomery Street, West Street, and County Aire Court have been evacuated as a precaution. Canadian Pacific has reserved hotel rooms for all affected families who will not be allowed back into their homes until Monday.

The railroad confirms 1,000 gallons crude oil spilled due to one of the tank cars being punctured in the derailment. That tanker has now been sealed and the spilled oil was contained and siphoned off. According to Canadian Pacific none of the oil reached waterways and they will establish a soil remediation plan to deal with contaminated soil. The oil that did spill will be disposed of.

Watertown Fire Department requested assistance from eleven other agencies. Those emergency officials are working on stabilizing the train cars.

Federal transit officials are already on scene. Canadian Pacific has dispatched a team to the site. The Wisconsin Department of Natural Resources is also responding.

On Saturday, a train derailed in western Wisconsin leaking denatured alcohol into the Mississippi River.