300 Officers on Hand for Security at Trump Event in Janesville 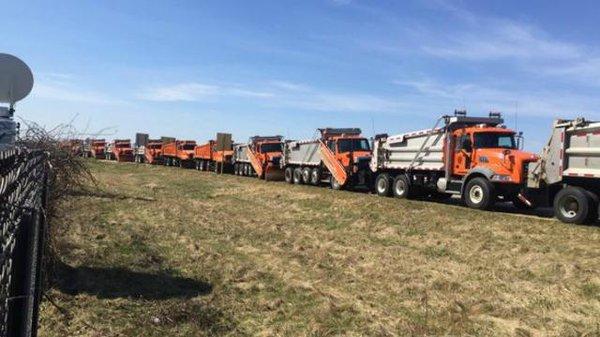 (AP) Donald Trump plans to make his first campaign appearance in Wisconsin with a rally in House Speaker Paul Ryan's hometown, while the four other presidential candidates are also converging on the state a week before its primary.

Several dozen protesters have gathered in front of a Holiday Inn complex in Janesville, Wisconsin where Donald Trump will be holding a town hall event later Tuesday afternoon.

Chad and Josie Smith of nearby Beloit were among those gathered. They say they've come to deliver a message that not everyone in the state supports the Republican front-runner's message.

"We want to stand up against Trump and let people know that we don't stand for what he believes in," says Josie, a local property manager for senior housing.

Her husband, who works in a warehouse, says he worries that Trump will divide the country drastically if he's elected.

He says, "it scares me if he becomes the commander-in-chief."