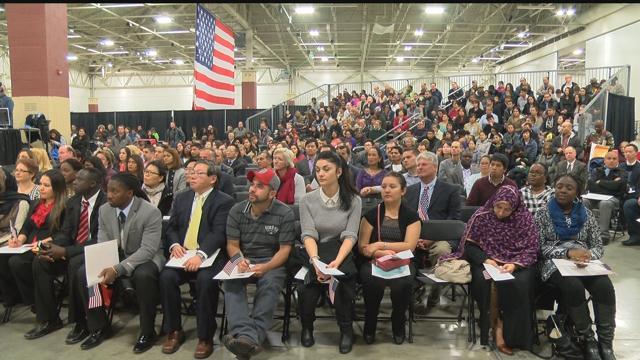 Immigration may be the subject of political controversy for some, but Friday it brought cheers. More than 300 people took their new oath of citizenship at the Holiday Folk Fair at State Fair Park.

We asked some what they made about the debate over Syrian refugees and concerns that terrorists might sneak into the U.S., "safety first, I believe in safety first so I appreciate all the measures that are being put in place because America is a great country and we don't want it to be a scary country,” said Effia Owusu originally from Ghana.

The holiday folk fair has hosted this naturalization ceremony for more than a decade. The celebration of global culture continues this weekend.