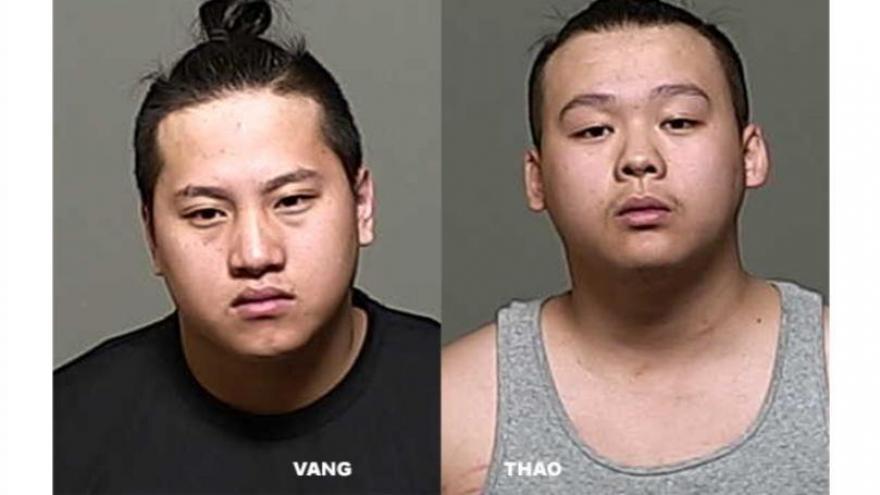 APPLETON, Wis. (WBAY) The Appleton Police Department says a school resource officer led to the discovery of two handguns outside Appleton East High School and the arrests of several people.

According to police, the officer noticed two people in a hallway at the end of the school day who didn't appear to be students. When questioned, they gave the officer inconsistent answers about their reasons for being there.

School staff began checking the parking lots. They found a car that wasn't registered to park at the school and police were called in. Officers searched the vehicle and found two handguns -- one loaded -- and magazines for the guns filled with ammunition.

Police say the people at the school came from the Wausau area intending to retaliate against a student there.

"Not really clear at this point, at least on my end, on why there was a need for retaliation, but it was clear to our investigators that these individuals didn't just happen to come down from the Wausau area on their own. They came down at the request of someone, and it was retaliation for something either real or a perceived wrong," says Sgt. David Lund, Appleton Police Department.

The guns were not brought into the school. Police say they're investigating how the guns were obtained.

A 21-year-old man and 17-year-old boy are in the Outagamie County Jail. Police expect them to face felony charges. A 16-year-old boy is being held in secure detention.

Parents were notified by the Appleton Area School District through a recorded phone message.

"While these individuals were not armed, upon search of there of vehicle, by the Appleton Police Department, two handguns were found," says Principal Matt Mineau. "While no one was injured in this incident, we share your concerns whenever there are weapons on our campus."

There are no classes in the school district on Friday. The day off was already on the calendar with the upcoming Easter weekend.