3 Doors Down singer throws out concertgoer for pushing woman 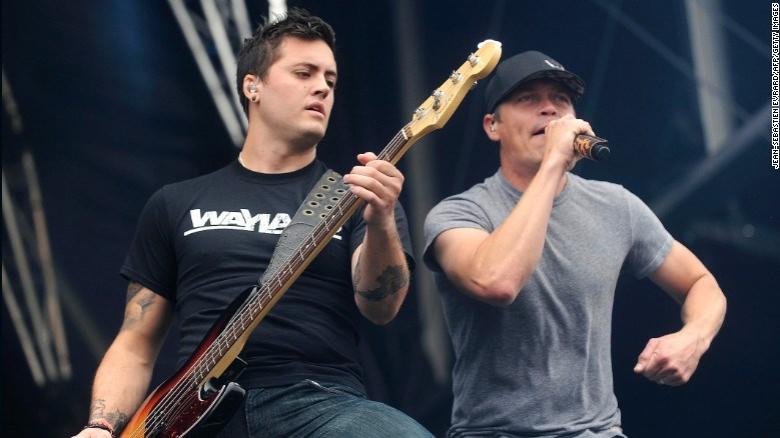 Brad Arnold, lead singer for the band 3 Doors Down, is heard saying on video to a concertgoer during a live performance on Tuesday.

Arnold stopped in the middle of a song after seeing a man push a woman out of his way near the stage at the concert in Broomfield, Colorado. Witnessing the whole incident, Arnold decided to stop the concert and call the man out.

Chris Henderson, lead guitarist for the band, said concert audiences are known to get rowdy, but called it \"insulting when people go to a show\" to fight, and that this situation was particularly jarring. In an interview with CNN, he said that a man in the crowd was attempting to scrap with another individual, and a woman was in the middle of them.

\"The fact that she was there wasn't going to stop him from killing everything in his way,\" he said.

Arnold's knee-jerk reaction was to immediately stop the show to ensure that no one got hurt, Henderson explained.

Fans cheered Arnold after he asked that the man in the crowd be removed from pushing another concertgoer. Later, his bandmates took to social media to show support for the lead singer as well. Henderson tweeted the YouTube video that captured the whole incident to his followers.

\"I'm really happy he did that because no one got hurt, thank God, and we have seen that,\" Henderson. \"That's why I posted it, I thought it was chivalry at its best.\"

Arnold apologized to the crowd for the language that he used, according to Henderson.

\"That's the kind of guy he is,\" Henderson said. \"He's got the biggest heart you could imagine. He apologized, not for what he did, but how he said it.\"

One of the members of the band's management team, JP Durant, agreed. \"It was a shock because Brad cussing from stage, he doesn't do that,\" Durant said. \"He's got the best heart out there and he knows there's family in the crowd,\" he said.

Fans, however, did not seem upset about Arnold's language and instead overwhelmingly supported the lead singer's actions.

Even those who might not be fans of the band were moved by Arnold's actions.

\"After the show he was like, 'Man do you guys think I did the right thing?' and we were like 'Yeah!'\" Henderson said, explaining that the band didn't feel the cursing was inappropriate for the situation. \"You can't be afraid to stand up for what you believe.\"