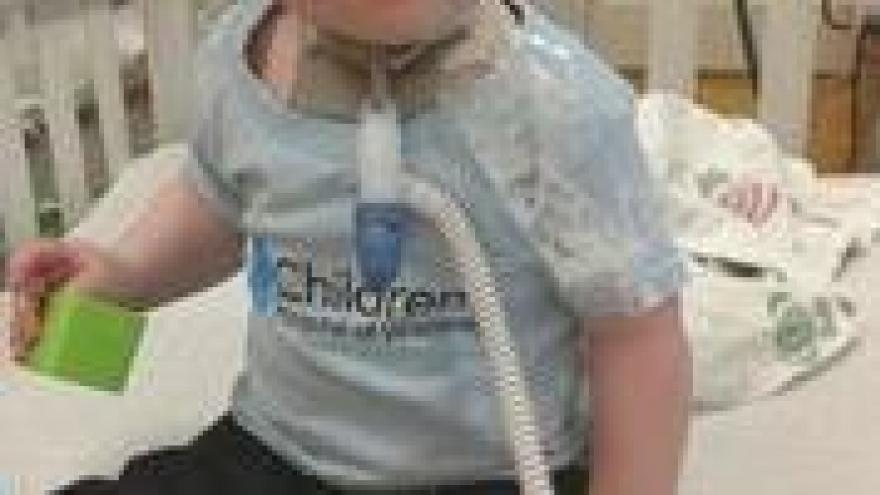 A little boy who doctors say shouldn’t be alive beat the odds. Thomas Richards was born without a trachea. Doctors at Children’s Hospital used 3-D printing to help save his life.
Being born without a trachea is a rare occurrence and only a handful of surgeries have been successful worldwide. Here, in the U.S. this operation was a first of its kind.

“One year ago a special little boy, Thomas, was born and he was born without a windpipe”, says Children’s Hospital surgeon John Densmore.

While not seen often, these unique cases usually lead to infant death unless surgery is performed to create an airway.

“This is one of those cases I remember thinking, I don’t think I’ll see this again ever in my career,” says Densmore. “It’s that rare.”

By this point only five worldwide cases had been successful. And with less than 200 documented cases in the U.S., it became the first successful surgery in the states, but not before outstanding group efforts were taken to save little Thomas’ life.

“Success to achieve this goal requires a robust health care network where experts know each other and can make prompt referral, recognize a problem, seek advice, and work as a team,” explains Densmore.

Immediately after birth doctors performed emergency surgery to get air to Thomas’ lungs. Once stabilized, Thomas was transferred to Children’s Hospital of Wisconsin where for several months he underwent many procedures to help him breath on his own.

“We’ve essentially hijacked part of his esophagus to become an airway,” says Densmore.

The final surgery detached his esophagus from his stomach and connected it to his lungs. It’s described as a one-time shot surgery with no room for error. Doctors relied on 3-D printing for pre-surgical planning to determine the best way to approach the procedure.

“3-D printing allowed us to explain a very complicated problem. It’s a thing that can be held, felt, and seen,” says Densmore. “Surgeons are used to reconstructing pictures of things into 3-d images in our brains. But, being able to share those images as we generate them with a wider group of people brings more expertise and more ideas to the table.”

Thomas’ case is considered a medical miracle having survived when the odds were against. But this is only the first of his medical journey to adjust to his growing body. Eventually, doctors want Thomas to move off of a feeding tube, which leads into his stomach, and swallow on his own.

“The next step would be connecting the esophagus into the stomach, which is a big operation,” says Densmore. “So it’s something we will be entertaining in the next year.”

Doctors at Children’s say 3-D printing has become a vital tool for procedures both big and small.

Overall, they say it’s become an important tool for teaching and learning about their patients.