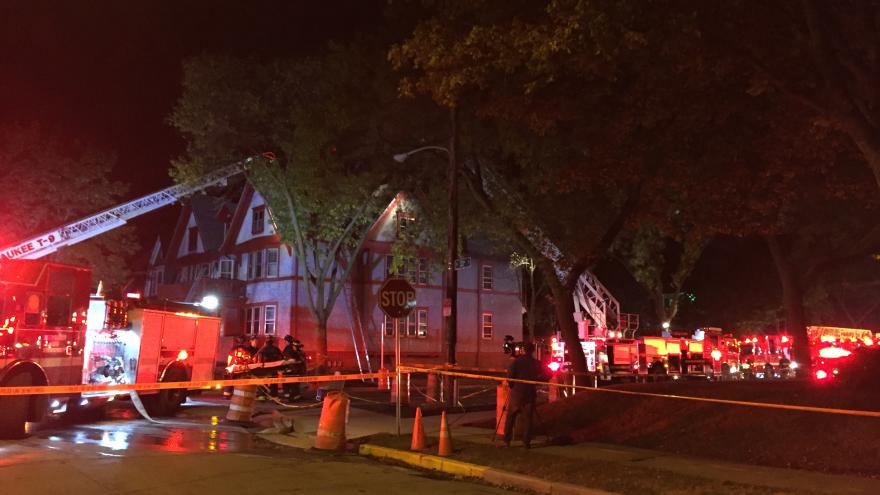 MILWAUKEE (CBS 58) – More than a dozen people are out of a home after a fire Monday morning on Milwaukee’s north side.

Fire officials say when they got to the scene, smoke was visible from outside the house. It's believed the fire started in the attic.

Four families live in the four-unit, side-by-side duplex and some of them were home at the time of the fire. The Red Cross says everyone got out safely, but 20 people are now displaced.

Milwaukee Fire Department Battalion Chief Dewayne Smoots says one of the biggest challenges was figuring out where the fire was in the building.

He says smoke alarms were in the building and it's not a bad idea to keep one in your attic.