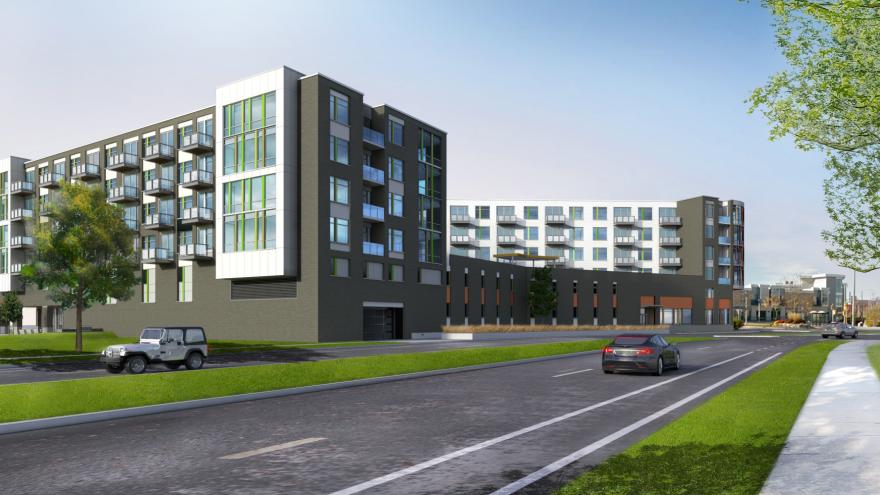 Plans to replace the shuttered Hamburger Mary's are starting to take shape, but it's being met with some opposition.

At the corner of bay street and Kinnickinic, the eyesore that was once Hamburger Mary's sits vacant.

The city came up with an idea to bring a new apartment complex to the area.

"They approached us, and we love the corner. It's the gateway to Bayview. Bayview has had tremendous success lately," says Tim Gohkman of New Land Enterprises.

Most nearby companies are in favor, but some neighbors don't want it.

Jef Raasch thinks the building would be too tall, and take away from parking for neighbors.

He started a petition and has nearly 100 signatures so far.

"We have people with children here. We have a woman who just turned 100 down the street. They have their needs. We need to be able to get to our houses," says Raasch.

Alderman Tony Zielinski is not surprised by the push back.

There's always going to be a vocal, noisy group that are just going to be opposed to projects. If we listen to everybody, all of the great things that have been happening in our district over the last 14 years would have never happened," says Zielinski.

"Parking is a concern. The question is how do you handle it. We're handling it by providing twice as many parking spaces in our structure than what is required by code," says Gohkman.

Still a problem for some.

"I'm all for redevelopment. We just don't need a six story atrocity right across the street," says Raasch.

The city is also selling some nearby land to developers to help with parking.

If all goes as planned, construction will start next summer, with the apartments officially ready in 2020.
.