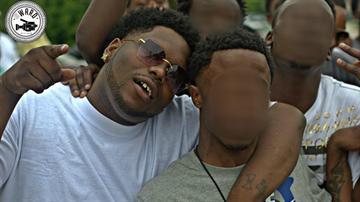 Police say Drake attempted to rob Innovative Optique, 333 W. Brown Deer Rd., around 12:30 p.m. During the robbery Drake exchanged gun fire with an armed employee. The store employee was not injured in this shooting. Drake was fatally wounded in this shootout.

The Wisconsin State Crime Lab collected evidence at the scene of the shooting. Multiple law enforcement agencies are investigating this fatal shooting.

CBS 58's Sarah Barwacz spoke with Drake's father and life-long friend. They say they hope his life serves as a reminder that chosing a life of crime can have bad consequences.

His father say Drake left his home 9 months ago because his father wanted him to get a job or go to school. His father says since his late teens he was starting to stray in a bad direction.