2 Out of 5 black children are living in poverty 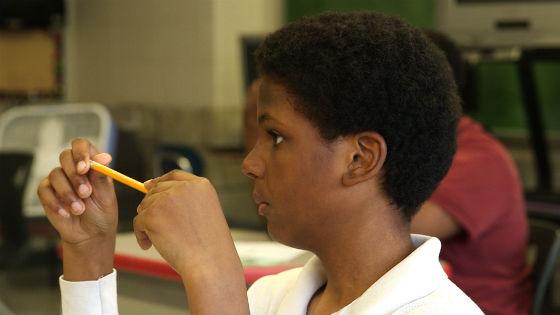 Black children are more likely to live in poverty in the United States than children of other races.

Of the 11 million black children living in the country, 38%, or 2 out of every 5 black children, live in poverty, a Pew Research analysis of Census data found. Pew defined poverty as a family of four with two children that has income of less than $24,000 a year.

And while black children are more likely to live in poverty, the total number of impoverished Hispanic children (5.4 million) is higher than that of blacks (4.2 million), whites (4.1 million) or Asians (0.4 million) simply because there are more of them.

Part of the difference in poverty rates among children of different races can be explained by the employment and income differences their parents experience, said Mark Hugo Lopez, the director of Hispanic research at the Pew Research Center. \"The labor market has recovered,\" since the recession, Lopez said but \"the recovery has been uneven.\"

Blacks are more likely to be unemployed and earn less than those from other races. Last month, the unemployment rate for blacks was 9.5%, compared to 6.6% for Hispanics, 4.6% for whites and 3.8% for Asians. Since 2001, one million more black children have slipped into poverty.

\"Even though many black parents may be working they may not necessarily be earning as much as their white or Asian counterparts,\" Lopez said.

Educational attainment also plays a key role in income and earning potential, Lopez said. More than half (52%) of Asian adults over 25 have a bachelor's degree, compared to 33% of whites, 19% of blacks and 14% of Hispanics.

\"There's a premium associated with earning a bachelor's degree no matter who you are,\" Lopez said.