2 Killed when Amtrak Train Strikes Backhoe on the Track 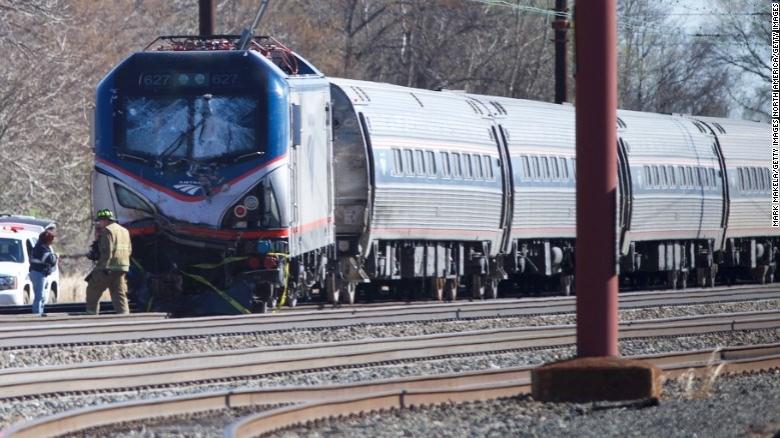 The train was carrying about 341 passengers and seven crew members en route from New York to Savannah, Georgia, Amtrak said. The crash caused the front engine of the train to derail.

It's unclear why the backhoe was on the track near Chester, Pennsylvania, just south of Philadelphia. The two fatalities were found on or near the backhoe, Pennsylvania Emergency Management spokeswoman Ruth Miller said.

Amtrak said 31 people are hospitalized for injuries not considered life-threatening.

The company announced it suspended service between New York and Philadelphia.

Investigators from the Federal Railroad Administration, an agency within the Department of Transportation, arrived on the scene Sunday.

The crash came less than a month after an Amtrak train derailed in Kansas while headed from Chicago to Los Angeles, leaving 32 people injured.

Five of the train's nine passenger cars came off the tracks in rural Grey County. Amtrak said it was working with BNSF Railway, the operator of the tracks where the derailment took place, to determine what caused the accident.