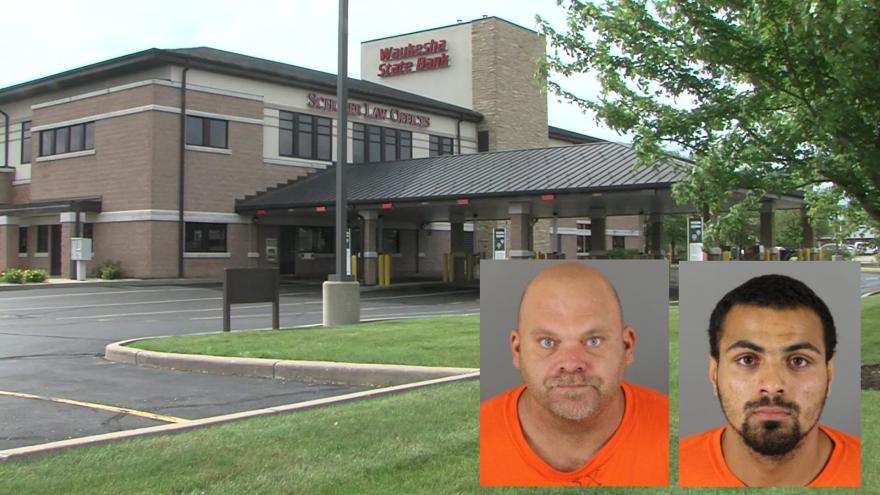 A criminal complaint identifies the suspects as 44-year-old Kaia Mueller of Delavan and 21-year-old Malachi Thorne-Gray of Whitewater.

They face a long list of charges, including robbery, carjacking and attempted kidnapping.

The complaint says Mueller and Thorne-Gray are coworkers and that on June 29, Mueller stole two cars and robbed the Waukesha State Bank using a gun he borrowed from Thorne-Gray.

Prosecutors say Thorne-Gray gave Mueller the gun because as a convicted felon, Mueller couldn't buy one himself.

Police say Thorne-Gray knew of the plan, but says he thought a person would be robbed, not a bank.

Mueller was arrested in Sauk County the next day.