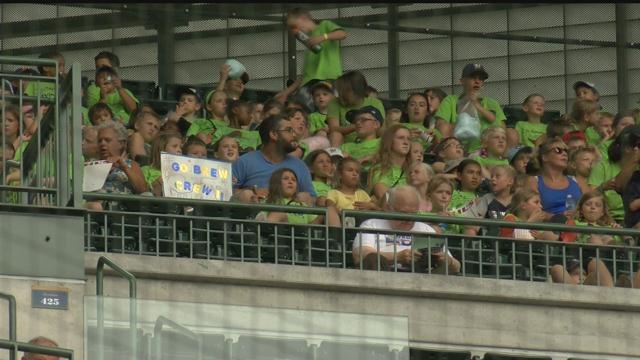 Around 2,000 kids from Milwaukee were treated to a day at the ball park and a game.

The tickets were free and Klements and Pepsi pitched in for lunch.

This is the 12th year now that Mayor Barrett has hosted kids from several different groups and schools in the city.

The idea is to show kids from some of our most challenged neighborhoods a different side of summer.

“I think if you have positive outlets for the kids in the summer there less likely to get in trouble. I think if it's just positive, it can get them on the right track,” said Mayor Tom Barrett.

The mayor then joined a young member of the New Beginnings Are Possible Youth Christian Center for the ceremonial first pitch of the game.