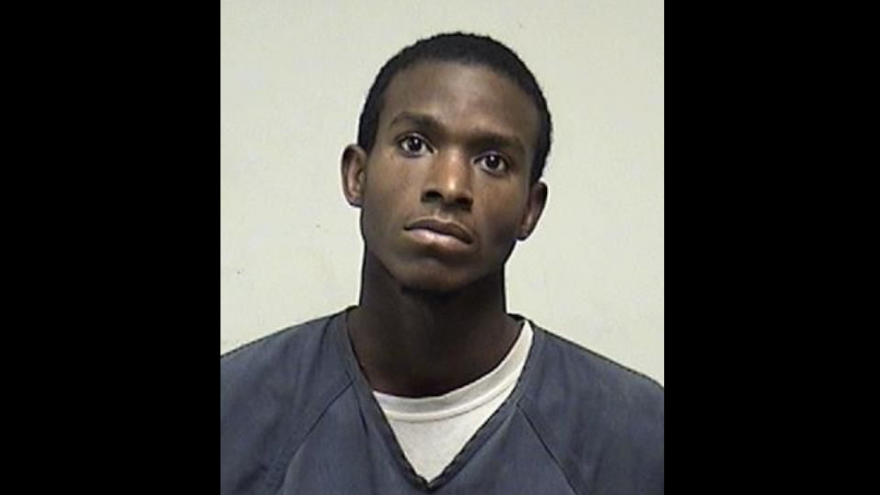 The Kenosha Police Department responded to a report of an armed robbery/home invasion on 12th Avenue back in July.

The victim, a 78-year-old man, told police his power went out and he went downstairs to check the fuse box. That's when he heard someone say "don't move." He turned and saw a suspect wearing all black clothing and a black ski mask while pointing a gun at him.

After roughly 15 minutes, the suspect allegedly returned and untied the victim, directing him to lay on his bed. The suspect told the victim not to move and to count to sixty. The victim counted to sixty and could still hear the man in the house. After a few moments, the victim got up, looked to make sure the suspect was gone and called 911. According to the criminal complaint, the suspect made off with approximately $400 in cash as well as two credit cards.

Police were again dispatched to the same address in August after the victim called to report that he was tied to a chair and robbed. The victim told dispatch that he was robbed several weeks prior and believes the same suspect was responsible.

According to the victim, he was doing yard work. When he entered his garage, the suspect was inside and pointed a gun at him. The suspect forced the victim into the basement of the house and tied him to a chair.

The suspect pulled two credit cards from the victim's wallets and asked for the pin number which the victim did not know. "If you cannot remember your pin numbers, we can be here all day," the suspect allegedly said.

According to the criminal complaint, the suspect then took the $40 the victim had in his wallet and asked where the rest of his money was.

When the victim asked the suspect why he was doing this, the suspect told him he has to feed his kids.

The victim was able to escape after the suspects left and called 911. The victim told police that the last thing the suspect said to him was "Next time this happens, you better have a gun."

During the investigation, police were able to confirm that the suspect was Anthony Kimmons. It was determined that Kimmons is the neighbor of the victim.

On November 13, Kimmons had been taken into custody on a warrant in another case. Kimmons admitted to police that he was the one responsible for the crimes against his elderly neighbor. Kimmons also told police he "felt exhilarated" after doing what he did but knew it was wrong.

Simmons will have his preliminary hearing on November 21.