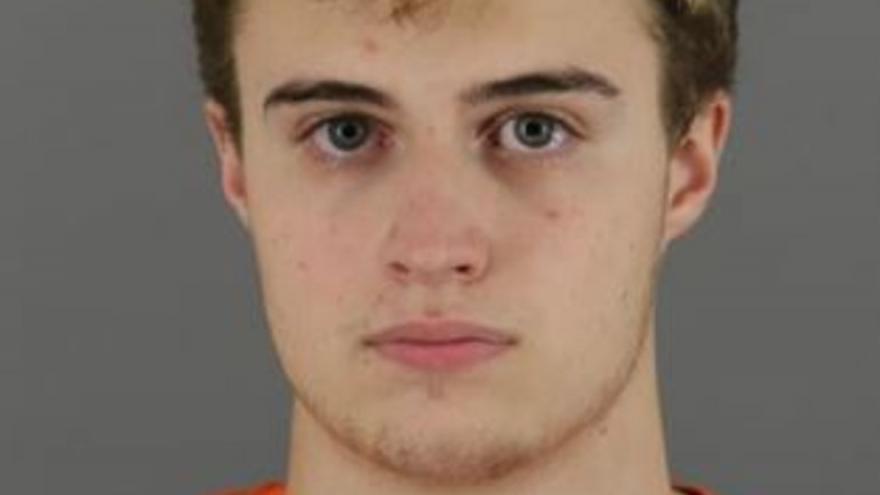 WAUKESHA COUNTY, Wis. (CBS 58) -- A 19-year-old Oconomowoc man is accused of picking up a girl from Missouri, driving her back to his home and holding her captive in his bedroom. Investigators say Nathan Nehs sexually assaulted her two dozen times.

According to a criminal complaint, Nehs picked up the 14-year-old girl from Joplin, Missouri on Sept. 17 and drove her back to Wisconsin. Officials say they met through an online gaming platform and formed a plan to have Nehs pick the girl up.

Between Sept. 20 and the beginning of October, investigators say Nehs' parents found out about the teen girl in his room. Nehs reportedly told his parents the two were dating, she was 16 years old, and she lived locally.

Monday, Nov. 2, the 14-year-old girl was brought to the Oconomowoc Police Department and told officers she'd been missing from Missouri. The criminal complaint says the girl arrived at the police station "visibly shook up" as she held two stuffed animals.

The teen stated Nehs reached out to her via Instagram messenger and she opened up to him about her home life. According to the complaint, the two then made the plan to have Nehs pick her up. The girl told authorities when Nehs picked her up, she threw her phone in a sewer so she couldn't be tracked.

The 14-year-old girl told investigators she and Nehs had a sexual relationship but she also stayed in Nehs' closet for approximately two weeks. The complaint states the girl went to the bathroom using a funnel and bottle.

Authorities searched the 14-year-old's phone and found text messages indicating Nehs' held her captive in the trunk of a car on Sept. 27. Some of the texts, according to the complaint, read "I stg [swear to God] if you don't let me out of this [expletive] trunk I'm going to scream at the top of [m]y lungs and shake the car by kicking it."

Investigators say the next message read, "this isn't even funny, like I NEED out. I don't [expletive] do good with tight spaces." Shortly after texts read, "LET ME THE [expletive] OUT!!!" and "LET ME OUT...!"

Authorities interviewed Nehs. He told investigators he met the girl online in 2017 and at the time she was 11 years old.

Nehs told officials he wanted to "save" the girl from her problems at home so they formulated a plan to bring her back to Wisconsin. According to the criminal complaint, Nehs stated he understood picking her up was wrong, but believed he was "saving her." He said he made it clear to the girl that if she wanted to go home he would take her back at any time.

Nehs has been charged with repeated sexual assault of a child. He's being held at the Waukesha County Jail on a $50,000 cash bond.