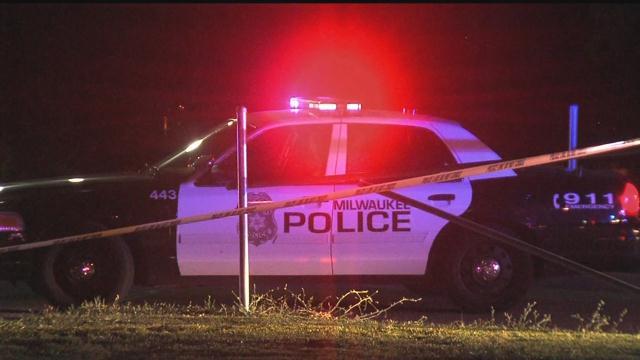 A 17-year-old has been hospitalized after getting caught in gunfire at a basketball court Tuesday night, according to a Milwaukee Police Department press release.

The shooting happened just before 9 pm on at McGovern Park. Most of the regular users of the basketball courts had already left for the night.

Some of those people said Wednesday that it's sad it happened in the area because they really try to make the basketball courts a positive place encouraging 'community' over violence.

"I feel like this. This is our sanctuary. This is where we practice everyday and I just want people to just know that if you're up here it's a family environment. Play basketball. All that violence it's just making our city look bad," Pettway said.

According to a MPD press release, the 17-year-old hit Tuesday night was caught in the gunfire when two other males started shooting at each other.

No arrests have been made and it's unclear why it happened. The victim has not been identified.

The other coach for Dynasty Elite, Lamont Torres, said one of his goals is to keep kids out of situations like that.

"I definitely think about it. It has meaning to me because I have a child that plays basketball out on these courts. And I'm not only talking about my own. I'm talking about all the kids that's here. When their parents drop 'em off their mine. So yeah, I definitely have a feeling about it. We just have to have more things in the community that these kids can get involved with," Torres said.

"We have to make changes in ourselves and get away from all the negativity and all the violence and things like that," Pettway said.

The people CBS 58 NEWS with said they mostly learned about the shooting through facebook. Some said they'd like curfew rules in the park to be more strictly enforced.