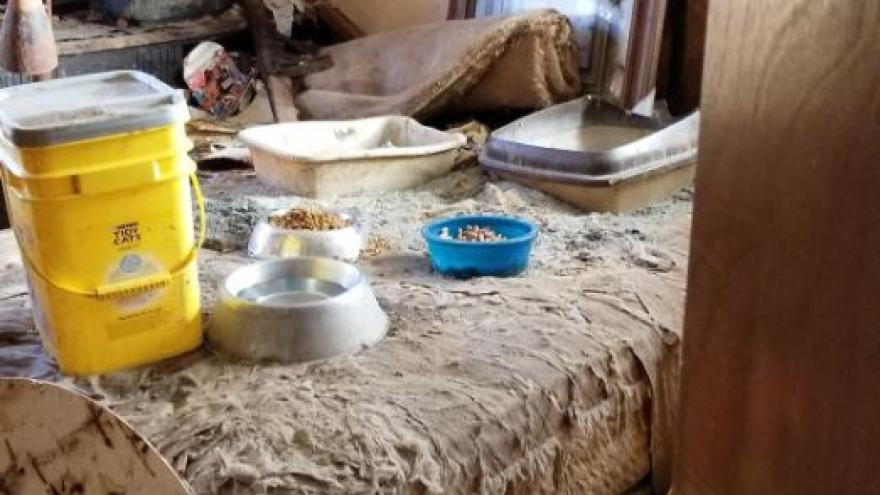 The woman listed as the owner of the house died in 2003. The house was left to a grandson but he never transferred ownership to his name and stopped paying taxes in 2008.

The owner told the county that a few cats were living there but officials say there were over 20 cats. No human lives in the house but the owner would stop in to give the cats food and water.

Officials say the house was covered with an inch of dirt, droppings and filth and the home was in deplorable conditions.

Kenosha Police trapped the 17 cats and staff at the shelter is evaluating the health and personality of each cat but it appears that all of them are feral.

The homeowner owned $45,857 in back taxes to Kenosha County. The family had asked for extensions to move belongings out of the house, but now the county is taking ownership. The house will be sold in as-is condition and will likely have to be torn down.

The humane society is looking to place the cats in a barn setting or with a feral cat colony caretaker. Anyone wishing to take care of the animals is asked to 262-694-4047.