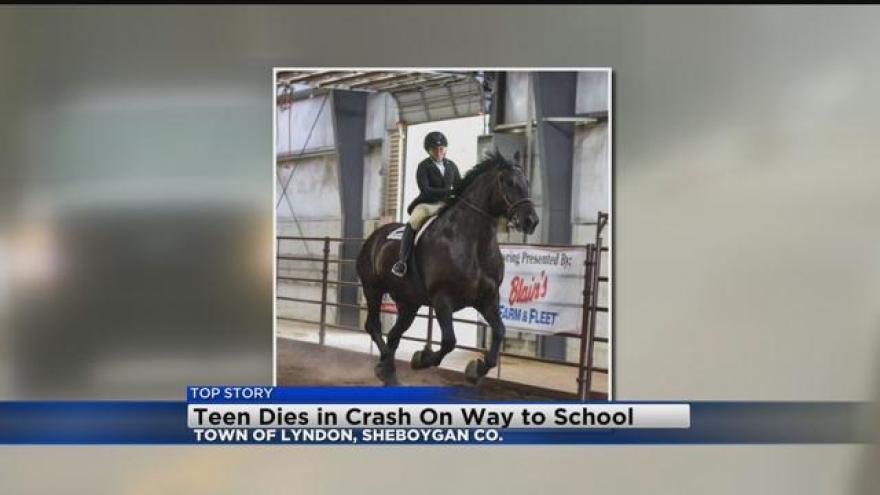 The victim has been identified by authorities as Jodeen Hintz. Her father says she was on her way to class at Plymouth High School when the crash happened.

The crash happened just after 7 a.m. on County Highway U. The road is between the high school and Adell - where Hintz lived.

A long streak of tire marks led to where the crash happened just East of Elderberry Lane. The area is at the bottom of a hill and surrounded by swamp.

Hintz was driving with a passenger when she hit black ice with her pickup. She lost control and swerved off the road, hitting a tree, according to a press release from the Sheboygan County Sheriff's Department.

Hintz was was ejected from the pickup and died at the scene. Her passenger was uninjured, according to the press release.

Hintz's father said his daughter is very well known for her work showing horses across the state including at the Wisconsin State Fair and in competitions in Indiana and Iowa.

The family says details on the funeral will come out later this week.