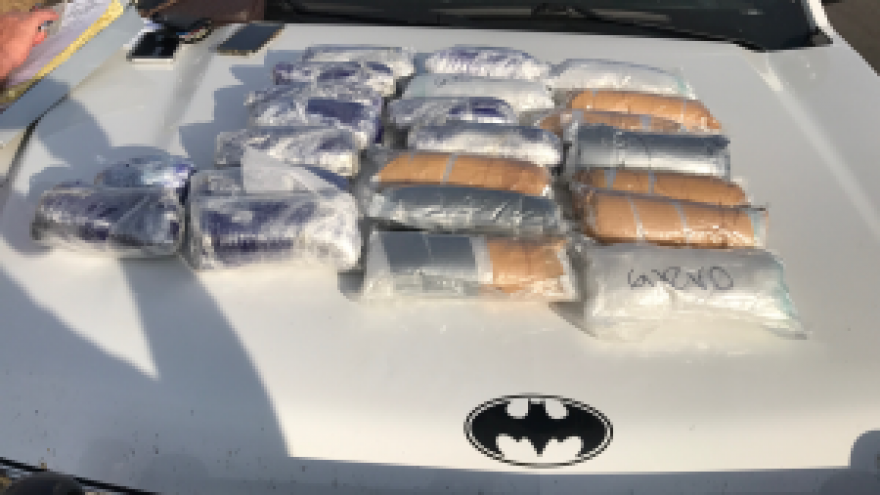 MESA COUNTY, Colo -- When investigators pulled over a car for a traffic stop on Interstate 70 on Tuesday morning, they found a 13-year-old boy behind the wheel and 25 pounds of methamphetamine inside, the Mesa County Sheriff's Office said.

A deputy with the Western Colorado Drug Task Force stopped the Dodge Avenger at mile post 13 west of Fruita.

There were three people in the car -- the 13-year-old driver, 22-year-old German Michel-Arreola and 19-year-old Irene Michel-Arreola. Investigators say they're all from Los Angeles.

Investigators say the three consented to a search of the vehicle and that's when they found 23 packages containing a crystalline substance.

All three suspects are facing felony drug charges, including manufacturing, possession and distribution of a Schedule I/II substance.

The 13-year-old driver is facing additional charges for driving without a license and failing to drive in a designated lane.

He is being held at the Grand Mesa Youth Services Center in Grand Junction.