13 residents displaced following house fire near 24th and Kilbourn, neighbor helps get people in wheelchairs out 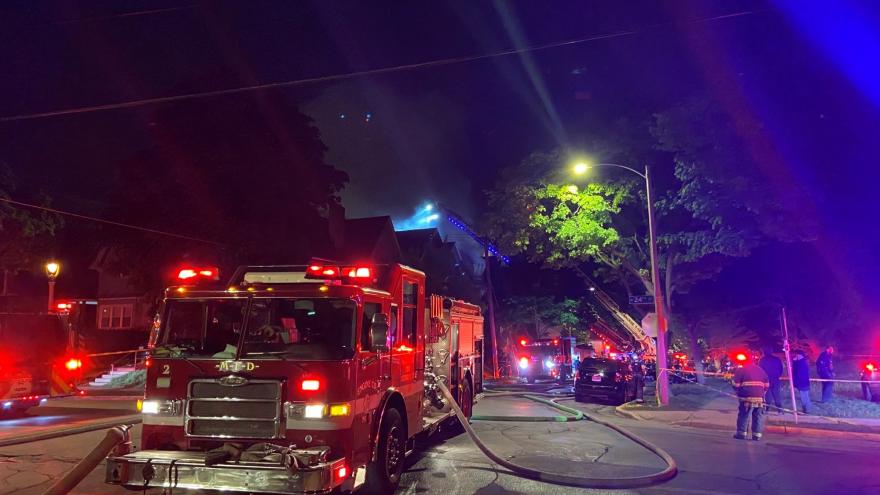 MILWAUKEE (CBS 58) -- Thirteen Milwaukee residents are receiving help from the Red Cross since being displaced from their homes early Wednesday morning, May 25.

The fire broke out at an apartment near 24th and Kilbourn around 12:30 a.m.

According to the Milwaukee Fire Department (MFD), no one was injured in the fire.

The building was an old Victorian house from the 1900's, and it was turned into apartments.

CBS 58 spoke to a neighbor on the scene, he said he was able to bring people out of the home to safety.

MFD crews say they were able to put out the initial fire quickly, but they were called out again as hot spots reignited, causing a partial collapse of the building.

The man who lives nearby said he was able to get his wheelchair-bound mother and grandmother safely out.

MFD is still investigating the cause of the fire.