11-Year-Old Suffering from PTSD because of Bullying 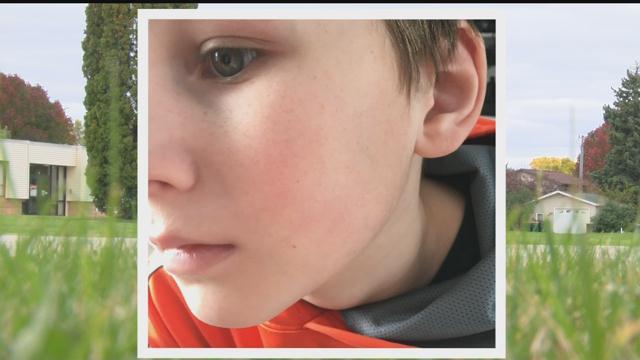 A local 11-year- old is battling the PTSD because his family says he was bullied.

Evan Pearson goes to school by computer now. He is a sixth grader for Wisconsin Connections Academy all online.

Last year he attended Katherine Evans Elementary School, but he says his anxiety forced him away.

"Well my feelings were not to get beat up because I know he would do that because, um, he did it the first time. And I just didn't want to get beat up,” said Evan.

Evan’s mom, Marissa Pearson, said the fear remains because of how bad the bullying got.

"It was like a game of 'Let's knock out Evan,” said Marissa. "He lost teeth and we got confirmation that his jaw was fractured. And he had a concussion as well. That was a breaking point where he couldn't do anything at that point as far as school. He had been hiding in snowbanks on his way home from school trying to avoid getting beaten up."

In the months following, Marissa said her son was diagnosed with PTSD.

"It's just hard to be around people just in general,” said Evan. "I just feel nervous and anxious. I feel scared It just makes me want to go into a hiding place and go somewhere where I'm not around the people."

The school is not commenting specifically about this situation.

The broken jaw case is currently working its way through juvenile court.

The family is currently working on getting a service dog for Evan.

"The benefit is to help him start living a normal life again. Get back into society, going back to a public school again,” said Marissa.

The Fond du Lac School District said in a statement "Protecting the privacy of all students is always important. When we receive calls of bullying, the school investigates promptly and responds with consequences and teaching as appropriate. It is always the hope that parents, students and schools work together in these situations."