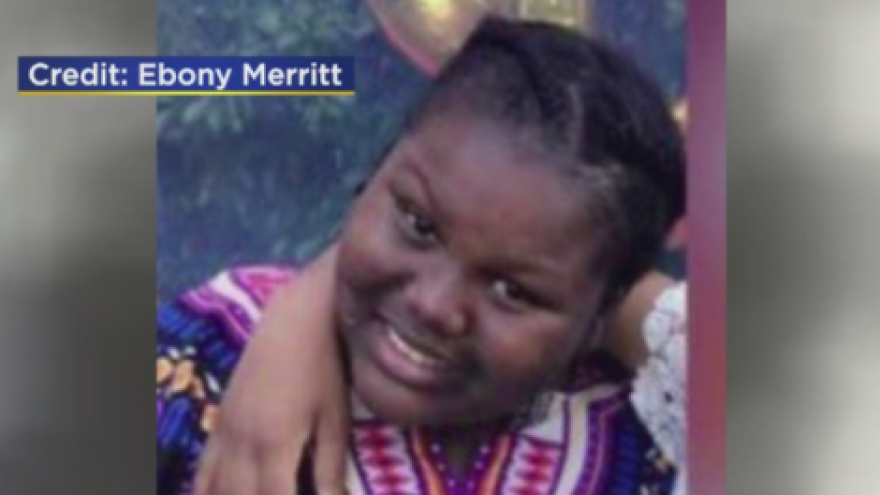 NEW YORK (CBSNewYork) — It was supposed to be a fun overnight with friends, but an 11-year-old girl wound up in the burn unit after police say she was attacked with a pot of boiling water while she was sleeping.

“We’re trying to keep her spirits up, talking to her,” the victim’s aunt, Lawrene Merritt told CBS2’s Dave Carlin.

Lawrene said her 11-year-old niece, Jamoneisha Merritt, has not been given a mirror to see the severe damage to her face and neck.

Police said Jamoneisha was intentionally scalded at a sleepover while surrounded by young girls she considered her friends. She was sleeping when a 12-year-old girl allegedly threw boiling hot water in her face, which jolted her awake to suffer in agony.

“Her and her friend got into an argument and she told her if she go to sleep they were going to do something to her,” the victim’s cousin, Yolanda Richardson, told CBS2’s Hazel Sanchez.

Jamoneisha, who goes by Jamone, told her family and police around 3 a.m. Monday, she fell asleep at a slumber party inside her friend’s apartment on Findlay Avenue in the Bronx when a 12-year-old girl allegedly threw a pot of boiling water on her head.

She suffered burns to her face, back and shoulders and was rushed to the hospital in serious but stable condition.

“She said she was screaming, that she was burning,” Richardson said.

The victim’s mother, Ebony Merritt, rushed up to her daughter’s hospital room Wednesday after spending the morning talking with prosecutors about the felony criminal charges facing the 12-year-old attacker. She also said she thinks the one adult inside the apartment did not do enough to prevent the attack.

Other relatives were angry and said they want justice for Jamoneisha.

“They were very wicked. That didn’t make any sense. I couldn’t even imagine a child doing that to another child,” Lawrene said.

Investigators are looking into whether the crime was inspired by an apparent social media trend, dubbed the “Hot Water Challenge,” Carlin reported. It involves sick stunts where unsuspecting victims get hot water thrown at them.

Ki’ari Pope, an 8-year-old in Florida, died after apparently taking part in what may have been a variation on the craze by drinking boiling water as part of a dare with another child.

“Injure someone like that – and that’s something that you cannot recover from fast either,” one woman said.

The victim’s mother posted on social media, saying that she wants all parents to be aware of what their children are doing and talk to them about the dangerous, sick stunts they see online.

Relatives say Jamone still hasn’t seen how the cruel act has changed her appearance, but her closest cousins say after spending the last two days with her in the hospital they’re confident nothing can break her uplifting spirit.