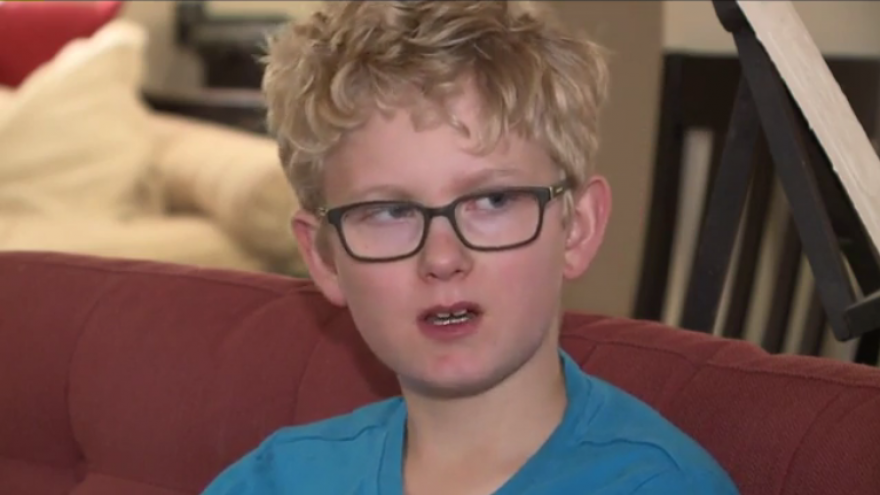 WESTMINSTER, Colo. -- A Colorado Cub Scout who said he was kicked out of his den for asking a lawmaker too tough of a question is getting some big name support.

Ames Mayfield said he was told he could no longer participate in Scouts with his current group after a Scout activity involving a question-and-answer session with Colorado State Sen. Vicki Marble, R-Fort Collins.

“He was supposed to research and ask a question that impacts our community,” his mother Lori Mayfield said.

When it was Ames’ turn, he asked: “An issue that I’m concerned about is common sense gun control. I was shocked that you co-sponsored a bill to allow domestic violence offender to continue to own a gun. ... Why on Earth would you want somebody who beats their wife to have access to a gun?”

Mayfield said the den leaders thought the question was disrespectful.

“Given that the Las Vegas shooting happened, I felt that it should be a reasonable thing to ask,” Ames said. “I don’t feel like I did anything wrong.”

Former Congresswoman and gun control advocate Gabrielle Giffords agrees. She tweeted on Thursday, “This is exactly the kind of courage we need in Congress. Ames, call me in 14 years. I’ll campaign for you.”

“It brought tears to my eyes,” the boy’s mother said.

Giffords’ husband, astronaut Mark Kelly, called Ames and Lori Mayfield on Thursday night to have a private conversation about the situation.

“I’m kind of glad to have someone on my side that truly understands it,” Ames said.

While he is no longer welcome at his former Scout den, his mother said another area den has invited Ames to join. He will transition to a Boy Scout in February.