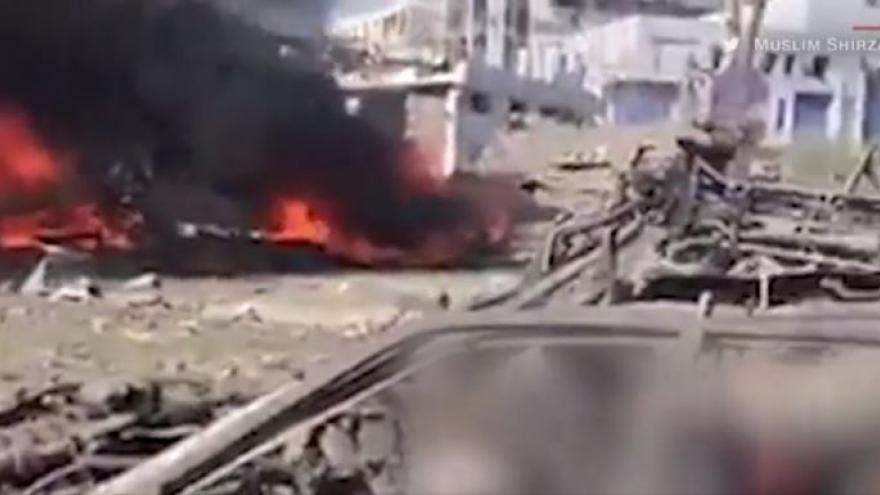 (CNN) At least 11 US citizens were injured in the suicide bomb blast in Kabul, Afghanistan, on Wednesday, according to several US officials.

They were assigned to the US embassy there as contractors, the officials said.

An earlier assessment given to CNN said seven US citizens were injured. Sources cautioned to CNN that the number of US citizens who were injured could change as more information becomes available.

At least 80 people were killed and 360 wounded when the bomb ripped through a secure area of Kabul at the height of the Wednesday morning rush hour, Afghan officials said.

The blast, which came a few days into the Muslim holy month of Ramadan, was one of the deadliest to hit the Afghan capital in recent years.

The bomb exploded in the diplomatic quarter near the German Embassy and the Afghan presidential palace. The streets were packed with commuters, women shopping and children going to school.