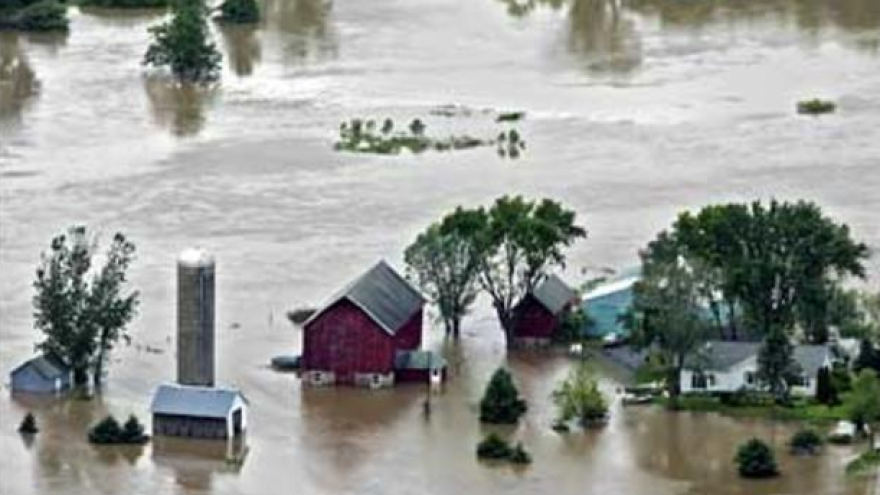 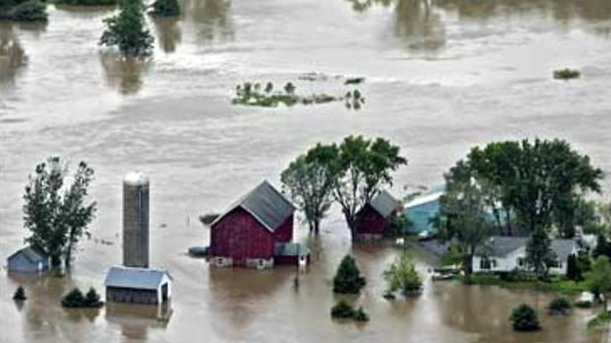 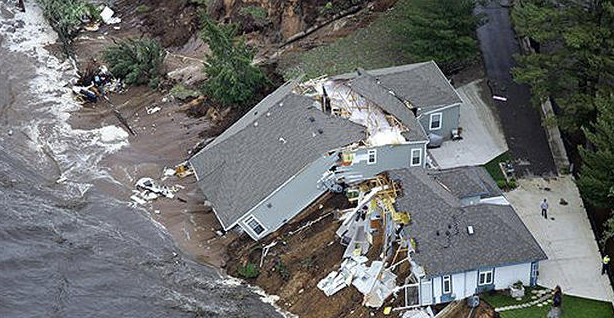 However, it was not the extended period of rainy weather that caused flooding problems. Those problems were primarily due to two heavy rainfall events - one on June 7th to June 8th, and one on June 12th. At many locations, over 70% of the rain fell on those three days. 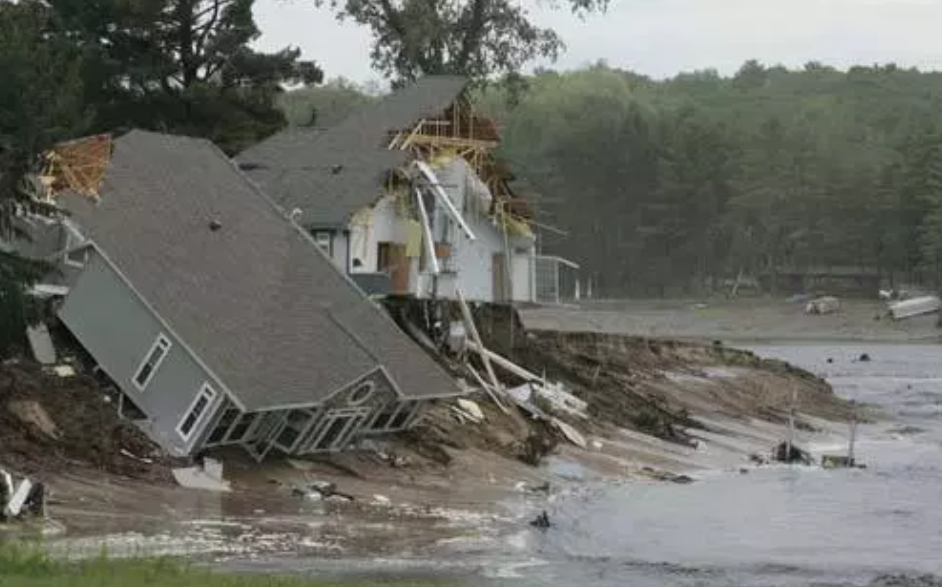 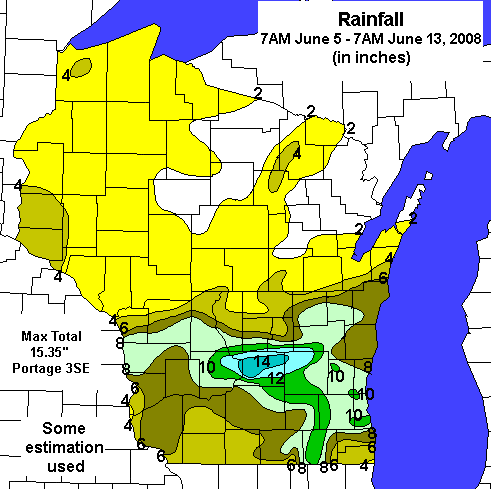 Ten years ago tomorrow, on June 9th, 2008, a portion of Lake Delton gave way to the high water and channeled a new way into the Wisconsin River. The man-made lake drained out within two hours. Pictures shown below are during and after the Lake Delton breach. 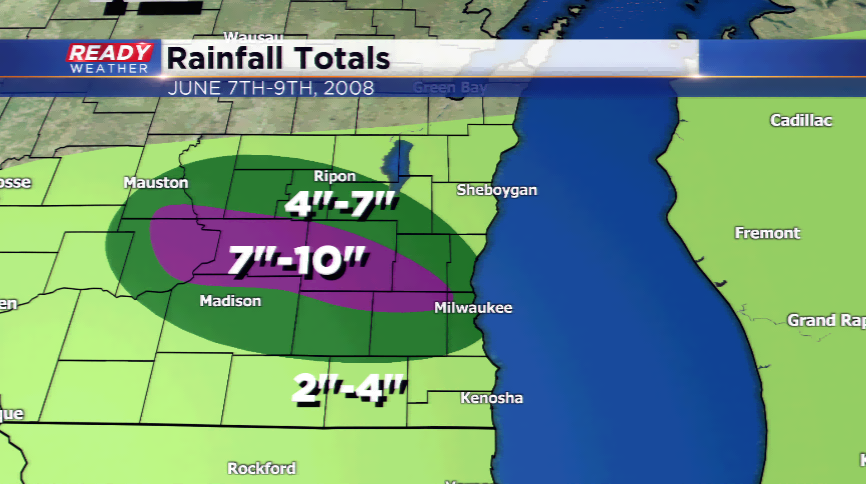