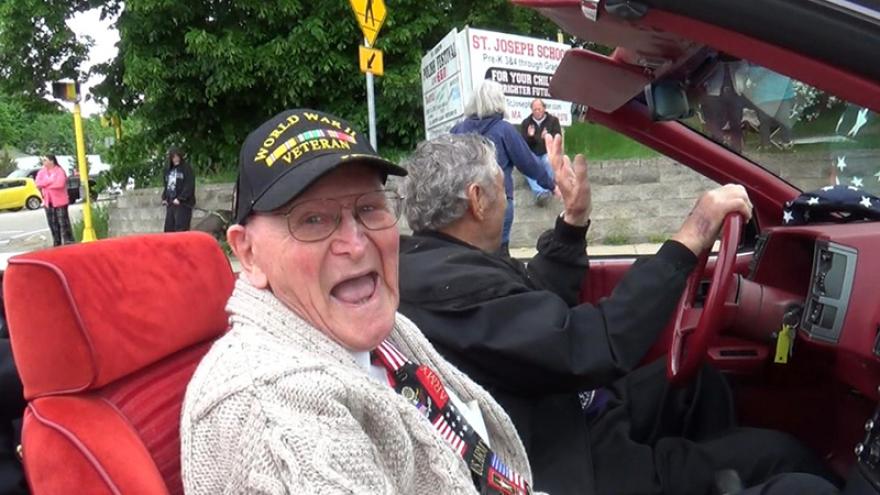 WEBSTER (CBS) – A 101-year-old World War II Army veteran and a Vietnam veteran were among those praised and honored on this Memorial Day in Massachusetts.

Henry Gawle, 101, was the Grand Marshall of the parade in Webster. Henry fought in the invasion of Guam and also was involved in battles in the Philippines. He was joined in the parade by his grandson, who is an Army Ranger.

Gawle said he didn’t even get tired of waving to the crowd.

“I enjoyed every minute of it. . . I could still keep waving!” he said. “Such a pleasure to have such a response.”

In Billerica, neighbors and veterans were thankful for Vietnam veteran Wally Sloper who spent more than $700 to buy flags to line Ironwood Street.

Sloper also volunteers to place hundreds of flags in Billerica cemeteries to honor the fallen war dead. He keeps all the flags up until after Veterans Day.

“I think it’s very patriotic,” fellow Vietnam veteran William Baro said. “We have a lot of disrespect for the flag today and this here is bringing the flag back and showing people that we respect the flag and everybody should respect the flag.”