10 Children Among 24 Migrants Dead After Boat Capsizes in Mediterranean 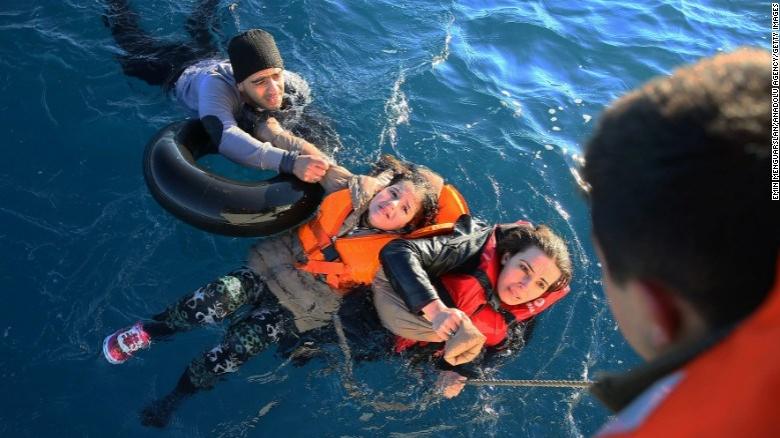 (CNN)At least 24 migrants -- 10 of them children -- drowned in the Mediterranean Sea between Turkey and Greece after their boat capsized, a Greek coast guard representative told CNN.

Forty-five people were on the boat when it capsized Wednesday evening. By midday Thursday, 10 migrants had been rescued and 11 more remained missing.

Greek authorities learned about the sinking after a man made it ashore in Kokkari, on the north coast of Greece's Samos island, and claimed he'd escaped from the sinking boat.

Members of the Hellenic Coast Guard and Frontex, the European Union's border patrol agency, responded at the scene while planes from the Hellenic Air Force surveyed the area from above, according to the coast guard representative.

Those confirmed dead include the 10 children, 11 men and one woman, the representative added.

The International Organization for Migration reported that 3,811 people were reported dead or missing last year in the Mediterranean Sea.

This month in the Mediterranean, there have been 224 such deaths -- a figure that includes some but not necessarily all of the fatalities from Wednesday's incident, according to the same advocacy group.The dangers of cramming into too small, often flimsy boats aren't lost on migrants. But the fact more and more of them, every day, are willing to take that risk reflects how desperate they are.

Some flee homelands ravaged by years of war, as in Iraq and Syria, where more than half of citizens have been forced from their homes. Others try to escape rampant, potentially deadly poverty, including in North and East Africa. And for a good number, it's a combination of both -- with everyday worries about survival from violence and lack of food of resources pushing to run away in hopes of finding a better life.This has spawned a migration crisis in Europe, spurring officials to make tough decisions on what to do with the more than 1 million migrants who were "irregular arrivals" to the continent last year.

A few countries largely welcomed them -- though not without controversy, as German Chancellor Angela Merkel found out amid the uproar when asylum-seekers were accused of groping and robbing women on New Year's Eve in Cologne.

Others, like Hungary and Slovenia, have responded by erecting walls or fences.