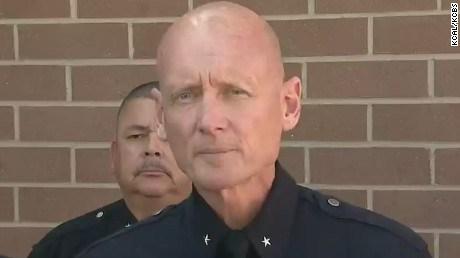 (CNN)Ten boys ages 14 to 17 were arrested Friday on accusations of unlawful sex acts against two underage girls for more than a year, on and off the campus of Venice High School, authorities said.

Eight of the nine male students were arrested on campus, and the other was taken into custody off-campus, police said. One suspect turned himself in.

Police have those names of the remaining alleged assailants, Smith said.

\"Any type of issues pertaining to sexual misconduct on any of our campuses will not be tolerated. It will be dealt with seriously. Anything that amounts to a violation of the law will amount to an arrest,\" Zipperman said.

\"Whenever there is an issue about student safety, we will do whatever we can to ensure that the behavior is stopped,\" he added.

Police made \"an effort to protect the victims\" when making the arrests at Venice High School, Smith said.

The Los Angeles Unified School District is cooperating with police and the system's school police, and the parents of the suspects have been notified, Superintendent Ramon C. Cortines said in a statement.

\"This is a painful moment for Venice High School, and this District. I want you to know that no sexual misconduct of any kind by students or staff will ever be tolerated in L. A. Unified,\" Cortines said.

Venice High School has been used as a filming location, including in the 1978 film \"Grease\" and the 2003 film \"Matchstick Men,\" according to IMDb.com.