The Kenosha Fire Department was called to the home near 30th Avenue 78th Street around 12:30 a.m..

According to the Kenosha Police Department, two people were taken to the hospital in critical condition: one by flight for life and the other to a local hospital.

Kenosha Fire Charles Leipzig told reporters during a news conference that crews believed a third person was in the home at the time of the explosion but that person is unaccounted for.

"The house collapsed. It's all in the basement, and it's going to be a process to remove debris so we can identify if there is in fact a victim there," he said.

Family identified the couple who lived in the home as David and Tammy Hall. David Hall's brother Joshua Hall told CBS 58 was taken by flight for life to a hospital in Milwaukee.

"(David) and his wife had just bought two new vehicles and everything he has is... Everything is just gone," Hall said.

Hall said he received a call early Sunday morning from his nephew about the fire. He said his brother's friend is believed to be the third person who was inside the home.

"It hasn't even set in yet. I still can't believe it looking at it," he said.

Leipzig said two surrounding homes and multiple cars also caught on fire, creating challenges for crews. Three families, including the Halls, are now displaced. He said the fire's cause is unknown.

Police said early indications are there was a gas leak in the house, but the fire is still formally being investigated. 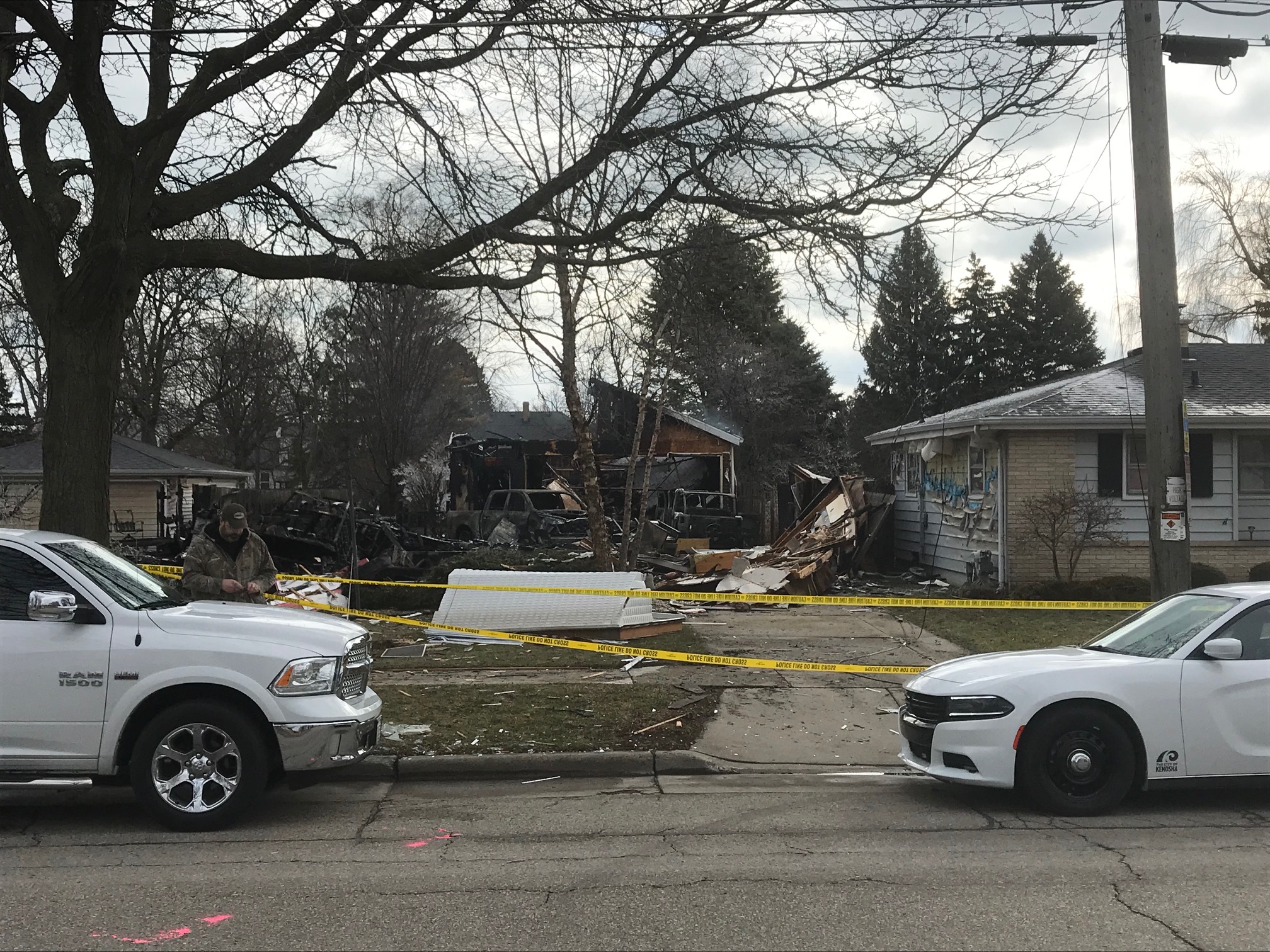