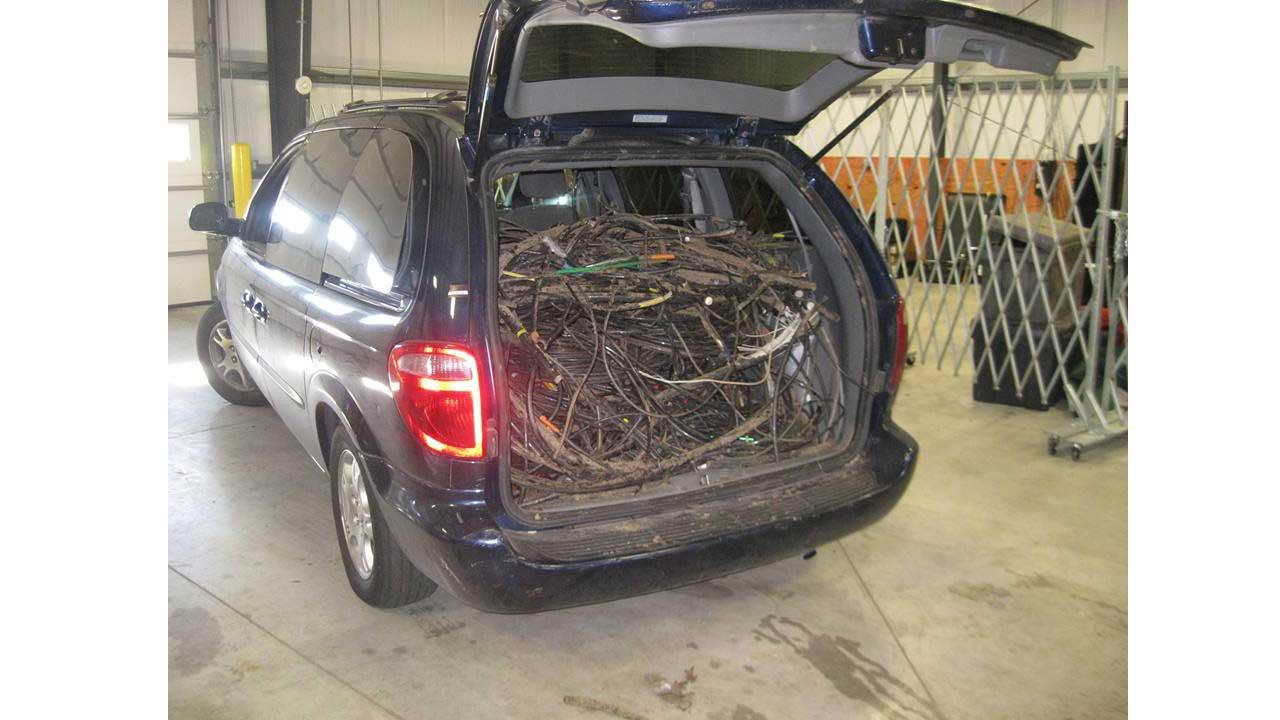 The Sheriff’s Office investigated a theft of scrap metal complaint that resulted in five subjects being detained after a traffic stop on Monday at 9:46a.m.

The incident began when a concerned citizen reported a blue minivan, occupied by numerous individuals, parked at an unoccupied residence in the 2800 block of Ridge Rd in the Town of Barton.

According to Sheriff’s Office, several of the occupants were rapidly loading scrap wire into the minivan.

Responding deputies were aware of a similar theft - at the same residence - just days before this one. Deputies located the suspect vehicle after the most recent theft and stopped it in the area of Salisbury Rd. and Newark Dr.

The scrap value of the wire is estimated to be about $750.