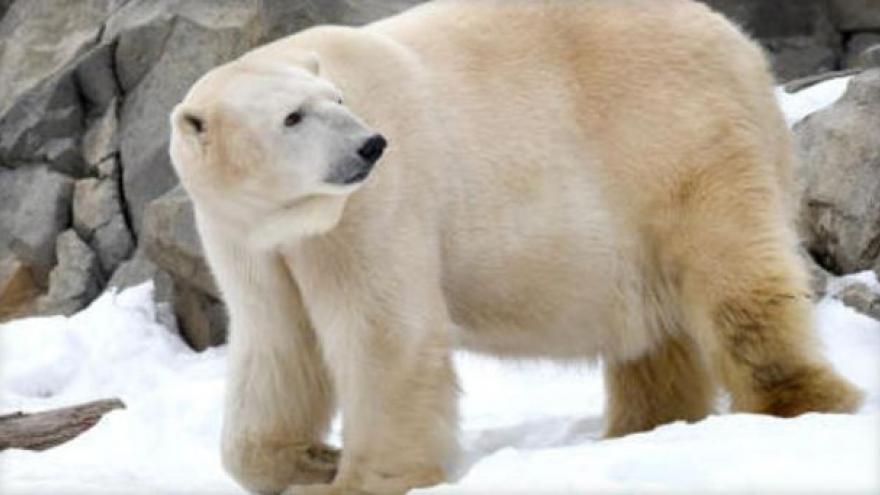 CHICAGO -- Some sad news before the holidays. Brookfield Zoo near Chicago made the decision Friday to euthanize Aussie, the oldest male polar bear in an accredited North American zoo, CBS Chicago reports.

Zoo officials say Aussie was euthanized Friday after staff determined that "it was the right time" as his health had failed in recent weeks due to degenerative arthritis in his legs and other age-related diseases.

The 32-year-old polar bear was experiencing a number of age-related degenerative diseases. The zoo's care staff monitored him closely over the past several years, as he suffered degenerative arthritis in his legs as he aged.

"Our primary focus is always the wellness of our animals," said Dr. Michael Adkesson, vice president of clinical medicine for the Chicago Zoological Society, which manages the zoo, in a statement. "Aussie has been part of our family here at Brookfield Zoo for more than 30 years, and today is a difficult day for our team. However, it is the best decision for Aussie as medications could no longer control the pain associated with his age-related arthritis. Our staff could tell his comfort was really declining and knew it was the right time. It is very similar to the tough decisions that people must make for their pets at home in deciding when to say goodbye."

Aussie was born at Adelaide Zoo in Australia in June 1985. His official name was BIAZ, an acronym for Born In Adelaide Zoo, but upon arriving at Brookfield Zoo in December 1986, animal care staff started calling him Aussie because he was the first polar bear to come to North America from Australia.

Thanks to the veterinary care staff at Brookfield Zoo, Aussie was able to live for many years longer than he would have in the wild.

Polar bears are listed as a vulnerable species. Experts say the bears are seeing population losses due to the decline of sea ice and other environmental factors.