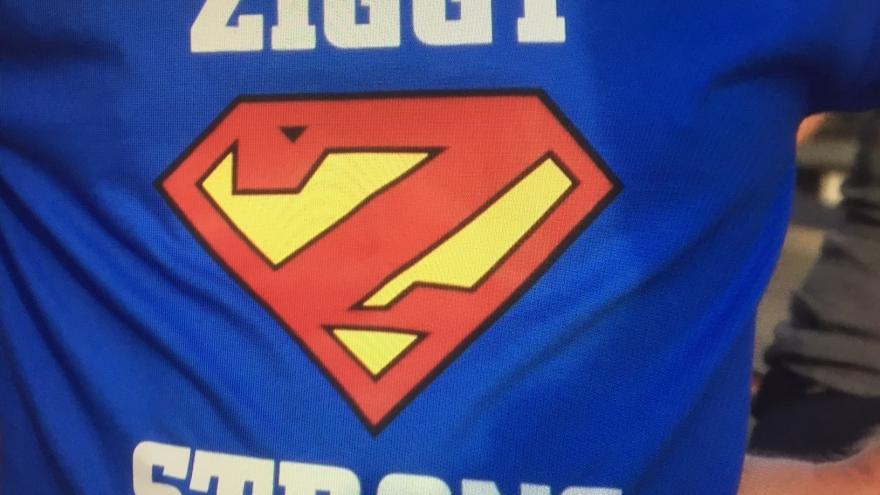 On a beautiful morning along the Lake Michigan shoreline, hundreds gathered for the annual Rock 'N Sole run.

Those shirts displayed "Ziggy Strong", honoring Greg Zyszkiewicz, a city worker killed on the job back in March.

"Ziggy Strong is a phrase that's kind of come out of tragedy," says his former boss Erica Lewandowski. "We wanted it to be something positive, so that everybody who sees the shirt knows we're out here running for Greg."

About 125 people joined team Ziggy Strong, making their way over the Hoan Bridge as part of the 5K race.

Zyszkiewicz was an avid runner, who Lewandowski says probably would have been in the race Saturday morning.

"He was an amazing runner. He wouldn't even train for races, he would just show up," she says. "It was very fitting. He would have loved the fact that we were all here together to do something that was a past-time he enjoyed, and to be together as friends and family."

Lewandowski says the idea formed when she realized a few co-workers were already planning to run in the race.

"We thought when we started that we might get 20-30 people to show up, but the outpouring from the community and friends was amazing," she says.

"It just really shows how much he was loved by his friends, his family, and his community, and how many lives he impacted."