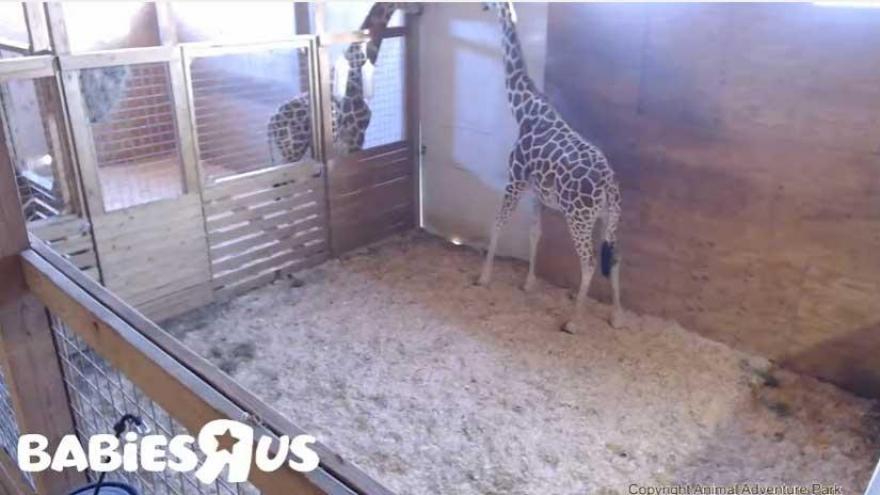 HARPURSVILLE, N.Y. (AP) — The long-awaited arrival of April the giraffe's baby has made Animal Adventure Park the second most live-viewed channel in YouTube's history.

April's livestream had more than 232 million live views and 7.6 billion minutes of live watch time since February, second only to League of Legends eSports, which has been around since 2012, YouTube said on Monday.

The channel had its biggest day on Saturday, with more than 14 million live views. More than 1.2 million viewers were watching the livestream simultaneously on YouTube when April gave birth Saturday morning, making it one of the Top 5 most-watched moments.

The not-yet-named male baby giraffe was running around with its mother within three hours of birth at the private zoo in Harpursville, a village 130 miles (210 kilometers) northwest of New York City.

April and the baby will be introduced to the public when the park opens for the season next month.

The zoo is holding a contest to name the baby, charging $1 per vote, with proceeds being split among wild giraffe conservation efforts, zoo upgrades and support for families of children experiencing unexpected medical expenses.

April's fans can continue to watch mother and baby on livestream now. But eventually, after the baby is weaned, it will move on to be paired with young females at another zoo, where it will produce calves of its own, Patch said.