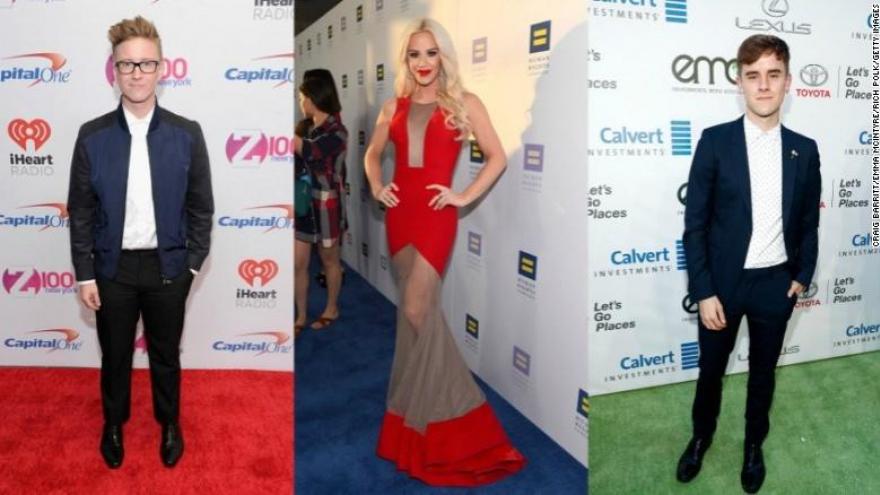 Restricted Mode is an optional parental-control feature that users can activate to avoid content that's been flagged by an algorithm. LGBTQ YouTubers began protesting late last week after fans alerted them on social media that their videos were being hidden.

"Sorry for all the confusion with Restricted Mode. Some videos have been incorrectly labeled and that's not right. We're on it! More to come," YouTube said on Twitter Monday afternoon.

Sorry for all the confusion with Restricted Mode. Some videos have been incorrectly labeled and that’s not right. We're on it! More to come.

YouTube launched Restricted Mode in December 2015 as one in a slew of recent changes the video platform has implemented to highlight "family-friendly" content and censor anything that some users might find inappropriate.

The feature appeared to block many videos by LGBTQ YouTubers, regardless of the content of the clips. Educational videos, such as Tyler Oakley's "8 Black LGBTQ+ Trailblazers Who Inspire Me," were blocked.

Some videos by LGBTQ creators were restricted even if the content had nothing to do with LGBTQ issues.

still not fixed. one of my recent videos "8 Black LGBTQ+ Trailblazers Who Inspire Me" is blocked because of this. i'm perplexed, @YouTube. https://t.co/MrGBmPum1a

"What this is assuming is that there is no such thing as LGBT kids or LGBT families, because they are assuming that LGBT topics are kid-unfriendly and family-unfriendly, which could not be further from the truth," she said in a video protesting the move.

A message to our community ... pic.twitter.com/oHNiiI7CVs

"Restricted Mode is an optional feature used by a very small subset of users who want to have a more limited YouTube experience," YouTube told CNN in a statement. "Videos that contain LGBT topics are available in Restricted Mode, however, some videos that cover subjects like health, politics and sexuality may not appear for users and institutions that choose to use this feature."

According to YouTube, "You can use Restricted Mode to help screen out potentially objectionable content that you may prefer not to see or don't want others in your family to see on YouTube. We use community flagging, age-restrictions, and other signals to identify and filter out potentially inappropriate content."

This latest flap is just one of many challenges YouTube has faced in the past year as it has changed some policies to appeal to more advertisers. YouTubers fought back in August after monetization on thousands of videos was disabled because they were not "advertiser-friendly."

YouTube's official guidelines for advertiser-friendly content state that "sexually suggestive content, violence, inappropriate language, promotion of drugs and regulated substances, and controversial or sensitive subjects and events" are all restricted under its policies.