Your dreams could be an early clue to Parkinson's disease 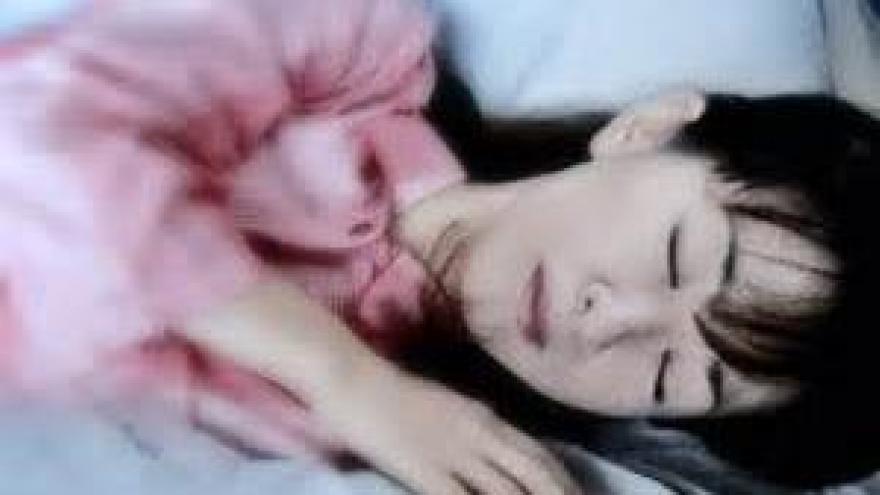 (CBSNews) -- Actor Alan Alda revealed that he has Parkinson's disease — and in an interview Tuesday on "CBS This Morning," the award-winning actor said an unusual dream helped lead to his diagnosis.

Alda, best known for his portrayal of Army Capt. "Hawkeye" Pierce in the TV series "M*A*S*H, was diagnosed three and a half years ago after experiencing a lesser-known early sign of Parkinson's. He said he asked his doctor to test him for the disease after reading an article about how physically acting out your dreams can be one of the earliest precursors of the neurological disorder.

"I asked for a scan because I thought I might have it," Alda said. "I read an article by Jane Brody in The New York Times that indicated that if you have — if you act out your dreams, there's a good chance that might be a very early symptom, where nothing else shows." He recognized that it had happened to him.

"By acting out your dreams, I mean I was having a dream where someone was attacking me and I threw a sack of potatoes at them, and what I was really doing was throwing a pillow at my wife," Alda explained.

At that point, he had no other sign of illness. "The doctor said, 'Why do you want a scan? You don't have any symptoms,'" Alda recalled. "And I said, I want to know if there's anything I can do — I want to do it."

The importance of catching Parkinson's early

Approximately 1 million people in the United States have Parkinson's. While most people can recognize the telltale signs of later stages of the disease, such as tremors and a shuffling walk, earlier signs can be much more difficult to pinpoint.

Catching the disease in its early stages can be beneficial for a number of reasons, says Dr. Claire Henchcliffe, director of the Parkinson's Disease & Movement Disorders Institute at Weill Cornell Medicine and NewYork-Presbyterian.

"There are modifiable lifestyle factors that could make a difference, for example exercising and diet — while these are not proven to delay onset of Parkinson's there is considerable optimism about their role," she told CBS News. "Making the diagnosis also means if that person wants to get involved in clinical studies then they can make a real contribution to developing better understanding of and treatments for Parkinson's."

Henchcliffe notes that it's been well documented that sleep disturbances, including having problems falling asleep or staying asleep, restless legs syndrome, and other sleep disorders, are common in people with Parkinson's. Over the years there's been some debate over whether sleep trouble is a complication of Parkinson's or a precursor of the disease — an early warning sign that surfaces well before other symptoms set it.

"What's really turned out to be a critical link is the recognition that certain specific sleep disorders [such as REM sleep behavior disorder, or RBD], not only affect people with Parkinson's but in fact show up in some cases many years earlier than the movement symptoms that lead to diagnosis," Henchcliffe said. "So while for some types of sleep disturbances we might still debate whether they are precursors or complications, for RBD there is now extremely strong evidence that it can be a harbinger of Parkinson's disease that will manifest some years down the line."

REM sleep behavior disorder is characterized by people acting out their dreams, like Alda experienced. Examples of this might include dreaming that you're fighting off an attacker and actually punching out, or dreaming that you're hitting a ball on a tennis court and physically swinging your arm to make the stroke.

The sleep disorder has been connected to other neurodegenerative diseases, including multiple system atrophy, and dementia, including Alzheimer's disease and Lewy body disease. In one small study of 26 patients with RBD, 80 percent went on to develop Parkinson's or another one of these diseases.

Henchcliffe emphasizes that not everyone with RBD is destined to develop Parkinson's.

"But I do think that acting out dreams in RBD warrants a visit to a doctor to figure out what the cause may be," she said. "There are a number of possible reasons for developing RBD, and of course we shouldn't forget about the practical issue of treating the symptoms if they're bad enough to be bothersome."

Other early signs of Parkinson's

Finding better ways to detect Parkinson's in its earliest stages is the subject of continuing research.

A 2015 study published in The Lancet analyzed data on more than 54,000 British men and women and identified a number of symptoms that were more likely to appear in people who were later diagnosed with Parkinson's. These included tremor, trouble with balance, constipation, erectile and urinary dysfunction, low blood pressure, dizziness, fatigue, depression, and anxiety.

Losing the sense of smell is another early indicator that a person may develop the disease, Henchcliffe said.

"Obviously, these are not highly specific, meaning there are many other possible reasons for having these symptoms," she said.

Still, if you are concerned, talk to your doctor. "A visit to a neurologist might uncover other factors that raise the concern for Parkinson's," Henchcliffe said, "and although no one wants to get that news I do think it's good to be proactive."

Alda said one of the reasons he decided to speak out about his medical condition was to send a message of hope to others who might be facing the disease. The 82-year-old is still extremely active, taking boxing lessons three times a week, and he recently launched a podcast called Clear+Vivid which explores all the ways people communicate with each other.

"In the very beginning, to be immobilized by fear and think the worst thing has happened to you — it hasn't happened to you. You still have things you can do," he said.