‘You don’t expect a shootout in your front lawn:’ Investigation continues after police shoot armed suspect in Cudahy

NOW: ‘You don’t expect a shootout in your front lawn:’ Investigation continues after police shoot armed suspect in Cudahy

CUDAHY, Wis. (CBS 58) – Police continue to investigate an incident where police and an armed suspect exchanged gunfire, wounding the suspect and sending them to the hospital.

Police said they responded to a 911 for a report of a fight near Pennsylvania and Ramsey Avenues.

When officers arrived, they encountered a person armed with a firearm. Police said shots were exchanged by the suspect and they were shot by police. Life-saving measures were provided and the suspect was transported to a local hospital. No officers were injured. 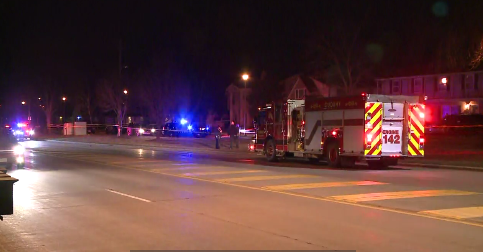 Witnesses who spoke with CBS 58 described the chaotic scene.

“It all happened so fast and it took me by surprise,” Pierre Burnette told CBS 58. “This is the suburbs, you don’t expect a shootout in your front lawn.”

Burnette was in his home when he heard commotion outside.

“I thought there was fireworks going on, thought it was strange, I walk out my front door and walk out into crossfire between police and some woman shooting,” Burnette said.

Burnette said police told him to go back inside his home for his safety. He and others watched from their windows.

“The cops were crouched down behind the vehicles, for cover. She looked like she was laying down shooting around the van so you couldn’t really see her either,” Burnette said. “Until you hear several gunshots, four to five on one side,  three to four on the other, and then there were about eight more shots from the cops and shortly after that she was down.”

Burnette said he was glad the night did not turn out worse.

“I’m just glad no shots went through my house, and nobody else was injured.”